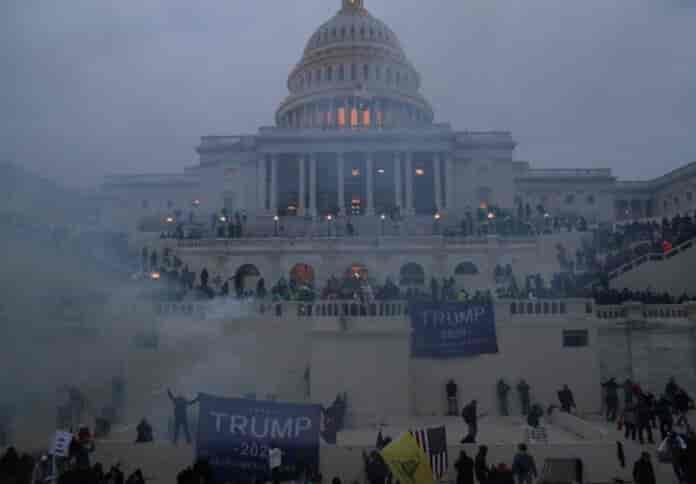 The supporters of outgoing United States President Donald Trump who numbered in hundreds stormed the Capitol complex in Washington DC, and clashed with the police as members of the Congress met to certify the results of the 2020 presidential elections, Scroll reported.

According to the report, a woman was shot dead inside the Capitol, while three people died in medical emergencies, the Washington DC police have said. As many as 52 people have been arrested so far. Videos on social media showed the mob shattering the Capitol’s windows and entering the building. One of the rioters even went and sat in the well of the Senate.

After the situation was brought under control, the House reconvened. The Senate rejected a move by Trump’s allies to object to Joe Biden’s Arizona’s victory.