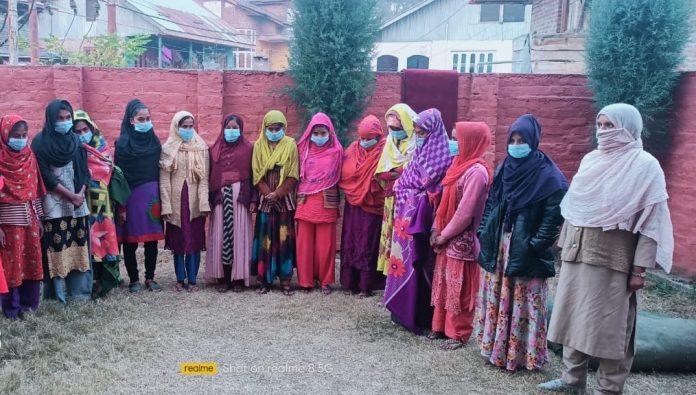 Jammu and Kashmir Police on Friday said that it have busted a human trafficking gang by arresting three person in central Kashmir’s Budgam district.

In a handout , the police said that acting upon an information of human trafficking being operational in the district, a police team of police station Budgam raided a particular place in village Dulipora and rescued 14 women victims (including some minors) from the house of one namely Shamim Ahmad Bhat son of Abdul Rehman Bhat resident of Dulipora Parthan and adjacent places.

During preliminary investigation, it has been found that the arrested 03 accused persons are involved in human trafficking by means of procuring the girls from different places and exploiting them in district Budgam and other parts of the valley, they said.

Further investigation into the case is going on and more arrests are expected.

Meanwhile, the rescued human trafficking victims have been shifted to Nari Niketan Rehabilitation Centre Chadoora and process for their rehabilitation has been initiated, reads the statement. (GNS)