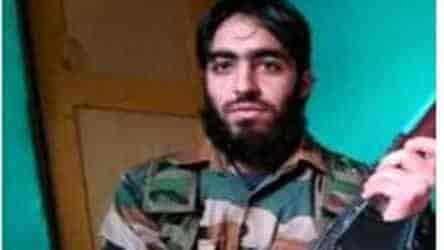 Hizb-ul-Mujahideen Chief Dr Saifullah has been killed, while as 1 militant associate was arrested in a gunfight at Rangreth area of Central Kashmir’s Srinagar district.

Inspector General of Police Kashmir Vijay Kumar told GNS that Chief commander of Hizb has been killed while as one militant associate has been apprehended alive in an encounter.

Dr. Saifullah took over as Hizb Chief after killing of Reyaz Naikoo this year in May.

Earlier, Reports reaching GNS that a joint team of Police and CRPF launched a cordon and search operation in Rangreth.

As the joint team of forces approached towards the suspected spot, the hiding militants fired upon the forces, triggering off an gunfight.(GNS)