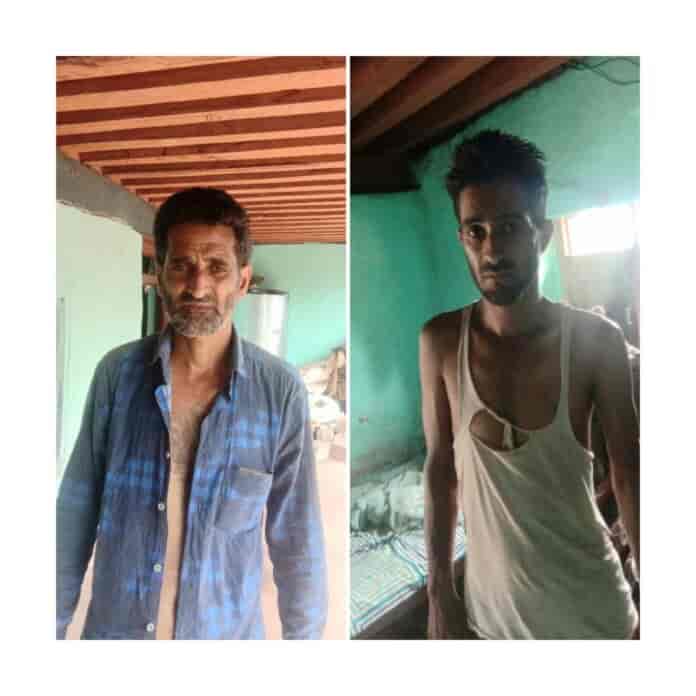 On Saturday, two Muslim farmers were brutally thrashed by a Hindu mob in the Reasi district of Jammu division allegedly after a cow grazing on crops in their fields were chased away by their children.

A video of the alleged attack circulated on social media today. In the video over a dozen men, purportedly from the Hindu community, are seen kicking, thrashing the man as he is being dragged and pinned on the ground. The crowd seemingly stops after a policeman’s intervention.

The victims have been identified as Mohammad Asgar, 40, and his relative Javid Ahmad, 25,  of Ghari Khas in Arnas police limits in Reasi. Station House Officer of Arnas Police Station told Clarion India that the police have registered an FIR in the incident. “We are working on the case and will share the details later,” he said.

Clarion India spoke with Mr. Asghar’s nephew Nazir Ahmad who said that it was a “pre-planned” attack in which “Hindus of the area ganged up against Muslims.” He said, “It is a case of communal violence.”

According to Mr. Ahmad, some cows belonging to members of the Hindu community had strayed into his fields the previous day, damaging the crops. Children from Mr. Asghar’s family then chased the cows away. The Hindu community alleged that a cow was injured in the process. This enraged the Hindus to attack the two Muslim men.

When Mr. Asghar returned home the following day, the head of the village Amar Chand called him on phone and asked him to report at a gathering at the house of a Hindu family. “He was reluctant to go but they insisted they just needed to talk.”

“They first beat them at the house and then they took them to the fields on the village outskirts,” said Mushtaq Ahmad, another relative of Mr. Asghar. “They beat them ruthlessly with the obvious intention to kill.” Mr. Asghar desperately pleaded with the villagers that he was ready to pay any fine or compensation but the irate mob kept thrashing them, beating them black and blue.

Thankfully, Mr. Mushtaq told Clarion, the police finally arrived on the scene and rescued the duo. “Had they not intervened, both Ashghar and Javid would have been dead.”

After the attack the duo were taken to a hospital in Arnas where they were given first aid. Mushtaq said while Asghar’s foot is badly injured, Javid has a fracture in his arm.

Previous articleCOVID-19: 76 travelers among 449 new cases reported in J-K
Next articleAfter over a year, 4G internet restored in Ganderbal