‘He changed his number every six months’: Pakistani militant arrested in Delhi 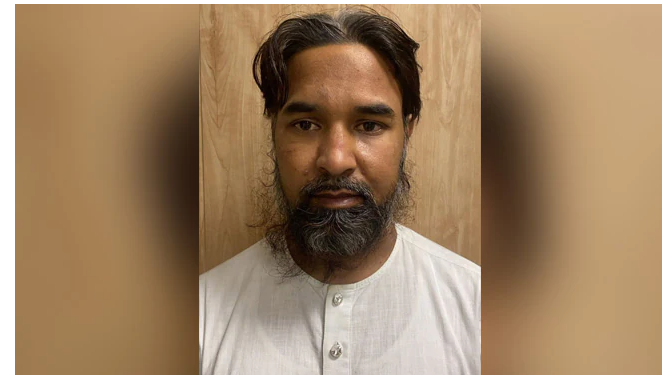 A Pakistani militant arrested on Tuesday in Delhi recced 10 spots in the capital and routinely sent details to his handlers in Pakistan, NDTV quoting police sources reported.

Mohammad Ashraf has allegedly told the police that he surveyed the Delhi High Court before the 2011 blast.

He has also revealed that he tracked the movement of army personnel in Jammu and Kashmir and regularly changed his phone numbers to stay below the radar.

Mohammad Ashraf, 40, arrested by the Delhi Police Special Cell with a cache of weapons, was planning a big militant strike in the festival season, according to Police Commissioner Rakesh Asthana.

His questioning will reveal whether he was involved in any militant attack in Delhi or any other city, said the police.

Ashraf “couldn’t do a proper recce” at the Delhi Police headquarters because he was not allowed to hover near the spot, he has allegedly told investigators.

He was also involved in tracking the movements of soldiers and their vehicles in Jammu and Kashmir, the police said.

“He kept in touch with his family in Pakistan,” said sources.

He also changed his number every six months to avoid detection and rarely used WhatsApp or messages to contact his handlers.

Asraf, said to be a resident of Pakistan’s Punjab province, was held from Laxmi Nagar in east Delhi. The police found an AK-47 rifle, a grenade and pistols with him.

He had got a forged national ID from a village sarpanch in Bihar, sources said.

The police said Ashraf had been living in the country for 13 years using forged documents.