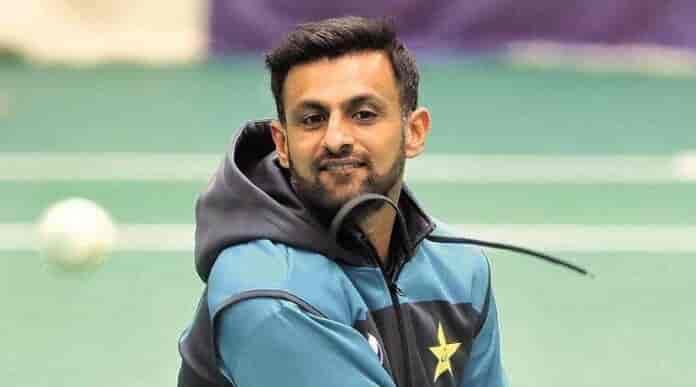 Pakistan cricketer Shoaib Malik has spilled beans about his days as cricketer and what transpired behind the scenes when the team toured overseas, Pakistan media reported.

The former captain while talking about a particular tour to England said that two of his teammates had actually inundated an entire hotel.

Talking about the incident he said, “Two of our cricketers, when they first went to England, they saw a tub for the first time, they couldn’t figure out how to bathe in it. They filled in the tub, they filled glasses and bathed with that. The entire hotel was flooded.”

The swashbuckling all-rounder further said that he was proud of being from Sialkot, “I was born in Sialkot, so the humour is built-in, cricketers have a lot of fun in the dressing room. A lot of funny things happen. The background they usually come from, if you stay in a five-star hotel room for the first time…

He was talking on a Pakistani show, Time Out with Ahsan Khan.

Shoaib Malik was the first guest to be introduced by a highly enthusiastic Khan. The cricketer has made several television appearances in the recent past, but he emphasised that cricket was still very much his first love. He revealed that while he enjoys being on shows, he makes it a point to make time for practice so that he can stay in shape and deliver his best during games.

The cricketer spoke of how he could not have ever imagined his life would turn out the way it has. Reflecting on his past, Malik shared, “To be honest, never thought this, where I am sitting right now or what I have achieved, I still remember I was giving under-15 world cup trials in 1996 at Gaddafi Stadium and I saw Waseem Bhai, Waseem Akram. I took an autograph from him and I never imagined that I will play and Waseem Bhai will be the captain after three years.”

Previous articleCovid-19: Only 2 percent of inmates in J-K jails inoculated so far
Next articleLG Sinha orders 5-Bedded covid care centre in every Panchayat of J-K