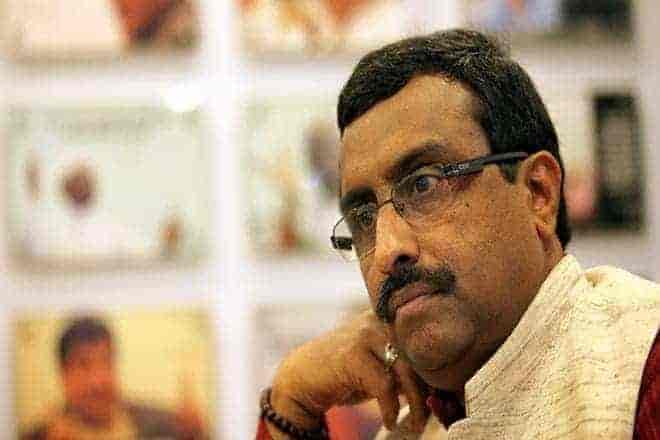 Bharatiya Janata Party (BJP) national General Secretary Ram Madhav Friday termed the Gupkar declaration a mockup of Sheikh Abdullah’s Plebiscite Front, and added that the move by National Conference (NC) and other regional parties was destined to fail as seen in the past.

Last week, the NC came ahead with fice other unionist parties, including People’s Democratic Party and People’s Conference, to reiterate Gupkar Declaration, originally made on 4 August 2019.

Mr. Madhav stated this while holding deliberations with the party leaders, district presidents, and office bearers at Circuit House Srinagar. The BJP leader was on a two-day visit to Srinagar since Thursday.

Party leaders, who were present in the meeting told a local news agency, Kashmir News Observer (KNO), that Mr. Madhav while commenting on the recent political move by National Conference, PDP, CPI(M), Peoples Conference and other parties under the title of Gupkar declaration, as “a step quite similar to what Sheikh Abdullah did while in prison.”

“NC founder Sheikh Abdullah started Plebscite Front from the prison. When he was released after serving 22 years in prison, he was given the post of Chief Ministership. He grabbed the post and headed the then State but forgot the Plebiscite front which he had floated to stay relevant,” a party leader quoted Mr. Madhav as saying in the meeting. “After Sheikh’s death, NC leaders raised the issue of autonomy. But when the party came into power, it overlooked autonomy and started enjoying the power.”

Sources privy to the meeting said that Mr. Madhav asked the party men to gear up for Panchayat elections that would be held within two months. “He also stated that District Development Council (DDC) elections will also be held for the first time soon and BJP must remain ready for that,” they said.

The sources also revealed to KNO that Mr. Madhav also stressed the party workers to remain in touch with the people on the ground level as the delimitation process was going on and when the exercise will complete, J&K will witness assembly polls.

Mr. Madhav, sources said, directed the party leaders and workers to strengthen the party at levels and to reach out to people to listen to their grievances and take up the same with the Lieutenant Governor for immediate redressal. The BJP General Secretary also assured the party that “adequate security arrangements” will be put in place for the BJP workers and leaders facing threats from militants and safe accommodations will be provided to all those who are under threat. (KNO)