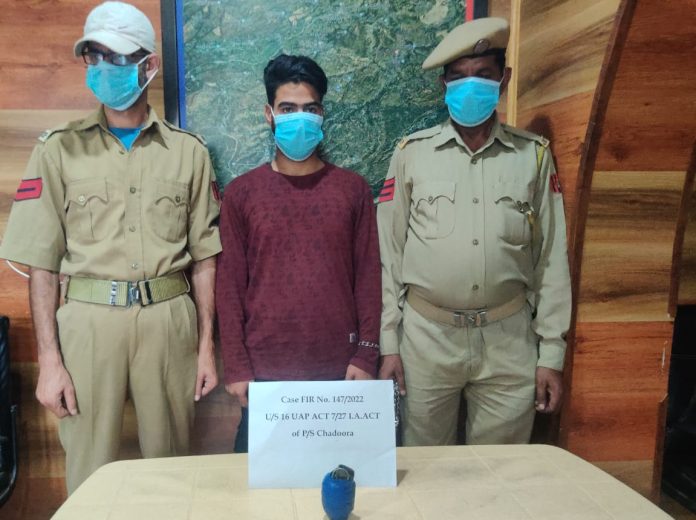 Jammu and Kashmir police has arrested one more “hybrid militant” in a case of grenade attack on minority in central Kashmir’s Budgam area.

This is the third arrest in the past three days. Police had arrested “two hybrid militants” on Saturday last week related to the incident.

In a statement, police said that during further course of investigation of case FIR number 147/2022, they have arrested one more hybrid militant of prescribed outfit Lashkar-e-Toiba who is involved in grenade attack on minorities.

Police said that incriminating material of Lashkar-e-Toiba and one hand grenade has been recovered from the possession of the arrested hybrid militant.

“Further investigation into the said case is going on more arrests and recoveries are expected,” the police said.