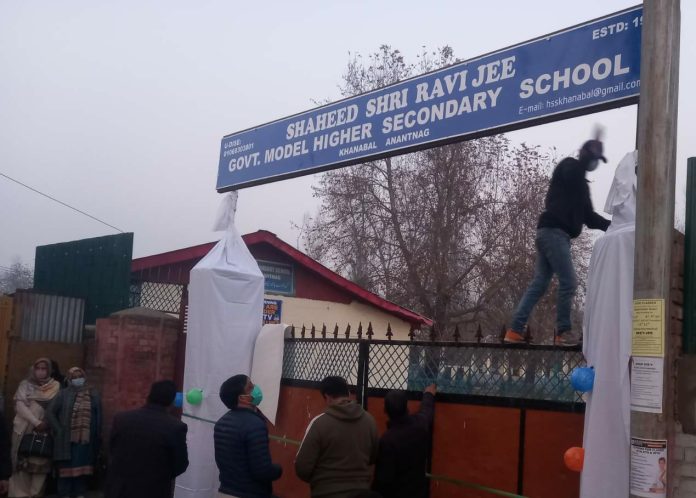 The ceremony was presided over by ADC Anantnag, Gh Hassan Sheikh.

Speaking on the occassion the ADC said that Shri Ravi Jee made the supreme sacrifice in the line of duty.

He said that academic institutions are formative instruments for future generations, adding the teachers must impart the highest standards of education.

The ceremony was also attended by CEO Anantnag, staff and students of the school.

Cultural events on themes of sacrifice and nationalism were organised with zeal and fervour. (KDC)