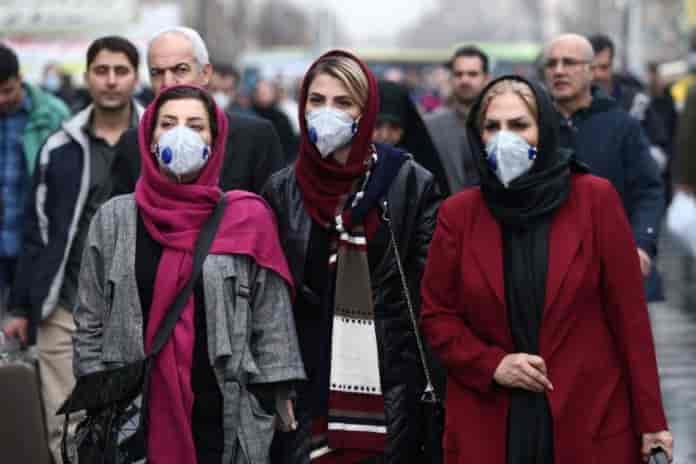 Google play store has removed a coronavirus app released by the Iranian government to detect patients.

According to its description, the app “tries to reach a clinical decision by asking a few medical questions”, but Google has cited worries by “some” who said the application might be intended as a spying tool for the Iranian government – and hence the decision to yank it from the store.

Tech news site ZDNet has quashed the claim, saying it had found the software free of spyware.

“The app is not a malicious Trojan or spyware,” Lukas Stefankohe, a malware researcher with ZDNet, said. Though it asks for permissions, he said, those permissions are nothing beyond what you would grant any other health-based app.

The conclusion, however, has not made a dent in Google’s decision to remove the app. According to public terms of service statements from Google, the answer appears to be the fact that Iranian developer accounts are not allowed on Google Play under unilateral US sanctions on Iran.

And that in itself validates Iranian officials’ contention that the United States’ offer to aid Iran with its coronavirus outbreak was “hypocritical”.

“If we can help the Iranians with this problem, we are certainly willing to do so… All they have to do is ask. We will have great professionals over there,” US President Donald Trump said last week.

Iran’s President Hassan Rouhani shot back, saying the offer was insincere because if Washington had really wanted to help Iranians, it would have lifted its sanctions on medical supplies to Iran.

Trump has boasted that the sanctions are “the most biting ever imposed” after he withdrew the United States from an international nuclear deal with Iran in 2018.

Earlier this month, the Trump administration said Iran’s imports of medicine and other humanitarian goods were exempt from the sanctions, but Iran’s Minister of Petroleum Bijan Zangeneh said on Monday the claims was “a big lie”.

The minister questioned the US leaders’ sincerity in offering aid to Iran. “Do they think that we have billions of dollars in deposit in the international bank to come into us to use that money for buying the food and medicines?”

On Monday, the US government said it plans to crank up pressure on Iran by targeting shippers, port officials and insurance companies that help in storing Iranian oil.

“We will target and designate anybody that stores Iranian oil, petrochemicals or refined petroleum in violation of US sanctions, no matter where they are,” David Peyman, the deputy assistant secretary of state for counter threat finance and sanctions, said.

Zangeneh said the sanctions have specifically targeted the Iranian people. He said the US should be held to account for making life difficult for the Iranians, especially the poor.

“I believe … at some time in the future these should be asked in a criminal court.”

Last week, online US news publication The Intercept revealed that a group with close ties to Trump was pressuring pharmaceutical companies not to sell drugs to Tehran despite his claim that the US was ready to aid Iran with the coronavirus outbreak.