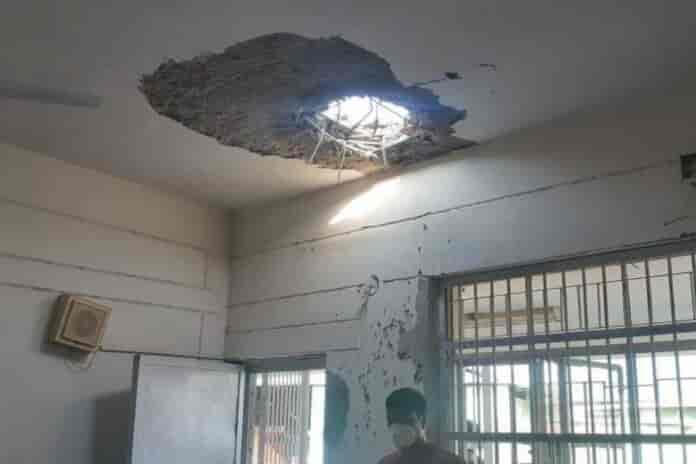 Following a drone attack on Air Force Station Jammu that left two persons injured, a fresh alert has been sounded in the summer capital, Srinagar, and other parts of Kashmir valley.

Security has been beefed up around sensitive places, including security force installation and Indian Air Force (IAF) airfields in the valley, UNI reported.

Forces have also been deployed in strength in sensitive places in the city, where checkpoints have been established in some areas. Vehicles, particularly two-wheelers, were being checked at these nakas before allowing them to move forwards.

Government forces were also checking vehicles coming into the city from adjoining districts to foil any attempt by militants to smuggle in weapons.

Two explosions rocked the high-security technical area of Jammu airport at around 0145 hrs on Sunday. In another incident, Jammu Police on Sunday foiled an attack by arresting a militant of The Resistance Front (TRF) with 5-kg Improvised Explosive Device (IED) in the Narwal area in Jammu outskirts.

Meanwhile, a three-member team of the National Investigation Agency (NIA) arrived at the high-security zone of Air Force Station Jammu to probe twin blasts that injured two personnel and damaged a portion of the building early morning on Sunday. The explosives, as per reports explosives, were dropped using drones which caused the blasts, but official confirmation is yet awaited.