Four arrested for illegal extraction of minerals in Budgam: Police 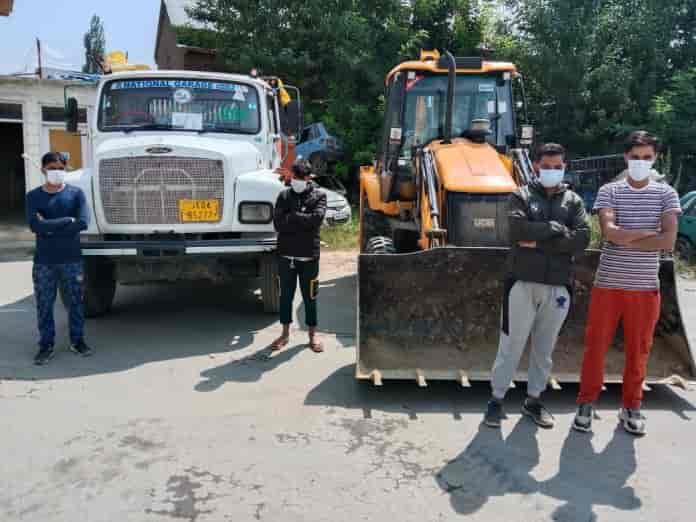 The Jammu and Kashmir police in Budgam have arrested four persons and seized two vehicles involved in illegal extraction and transportation of minerals in the district.

In a statement, a spokesperson said, “Police party of Police Station Chadoora have arrested four persons and seized two vehicles (Tipper and JCB) involved in extraction and transportation of raw materials illegally extracted from government land at Hayatpora Nagam area of Chadoora.”

Accordingly, a case vide FIR No. 148/2021 under relevant sections of law stands registered at Police Station Chadoora and investigation set into motion.