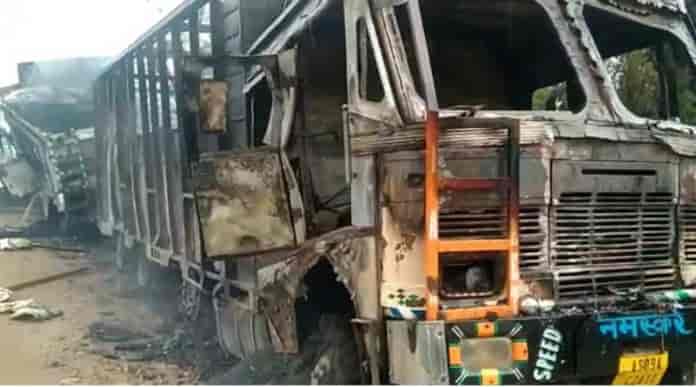 The militants stopped seven trucks around 8.30 pm, after which they fired indiscriminately at them, the newspaper quoted Jayant Singh, the Dima Hasao superintendent of police, as saying. The militants then allegedly set the trucks on fire.

Six of the trucks were said to have been carrying cement, while one was laden with coal. The militants carried out the attack as a cement factory had refused to yield to the DNLA’s extortion demands, claimed the authorities.

The DNLA was launched in April 2019 and seeks an independent country for the Dimasa community, according to The Print.

The Dimasas are an indigenous community living in Assam and Nagaland.

Several members of the DNLA have been killed in gun battles with government forces in recent months.

The police and the Army’s Assam Rifles unit have begun a combing operation to search for militants in the region, NDTV reported.