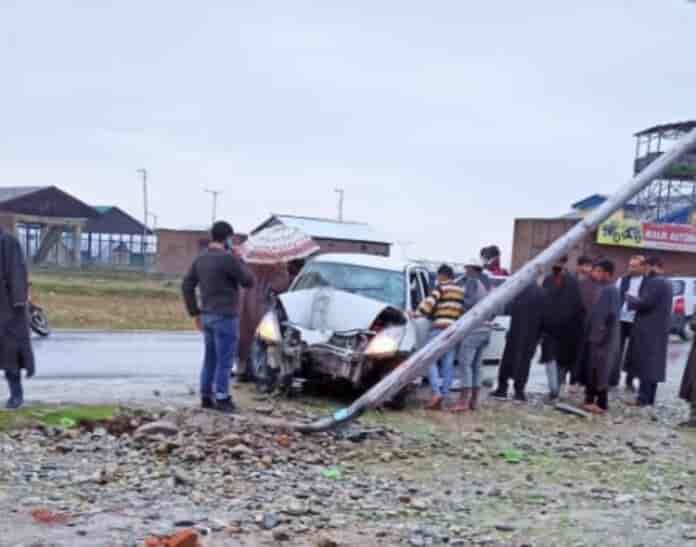 Srinagar: At least five persons have sustained injuries after a vehicle they were on board met an accident at Bye-pass road Handwara.

All the injured were evacuated to District Hospital Handwara for treatment.

When contacted, Deputy Superintendent DH Handwara Aijaz Ahmad told GNS that the hospital has received five persons with different bodily injuries. “However there is nothing to worry about as all of them are responding well to the treatment”, the official said. (GNS)