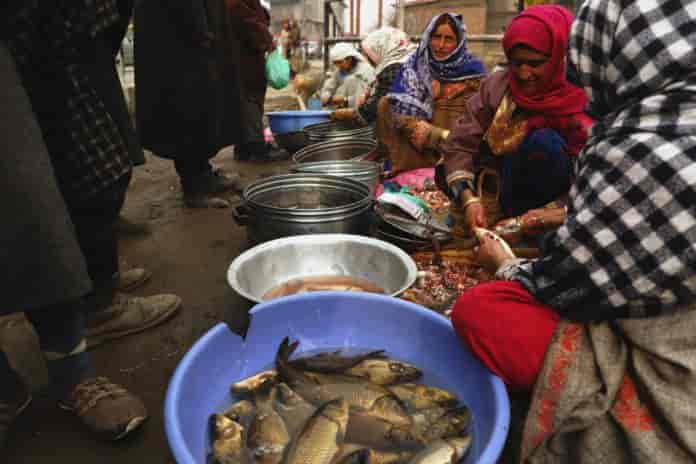 Amid the scare of bird flu and the shortage of mutton in Jammu and Kashmir, people nowadays prefer to eat fish.

People from different areas while talking to a local news agency, Kashmir News Observer (KNO), said that due to scare of bird flu, they left eating poultry products as a precautionary measure.

They also said that due to issues between government and mutton dealers over rates, there is a shortage of mutton in the valley.

“In the absence of poultry products and mutton, people nowadays are preferring to eat fish,” they said.

Shakoor Ahmad, a fish dealer in Pulwama district, said that due to bird flu scare and shortage of mutton in the market, his sales have increased by more than 20 per cent in the last two months.

He said people usually eat fish in winter as compared to summer, however, people this year preferred fish more due to bird flu scare and shortage of mutton.

Rajesh, another fish dealer from Anantnag said that usually, he was selling around 200 kgs per day but this season he has sold even more than 300 kgs per day.

Officials in the fisheries department also said that their sales have increased from the last one or two months due to bird flu scare and shortage of mutton.

Athar Reshie, who is the president of fisheries employees association and in charge of two fish farms in south Kashmir said that they sold over 20 per cent fish in the last two months. (KNO)