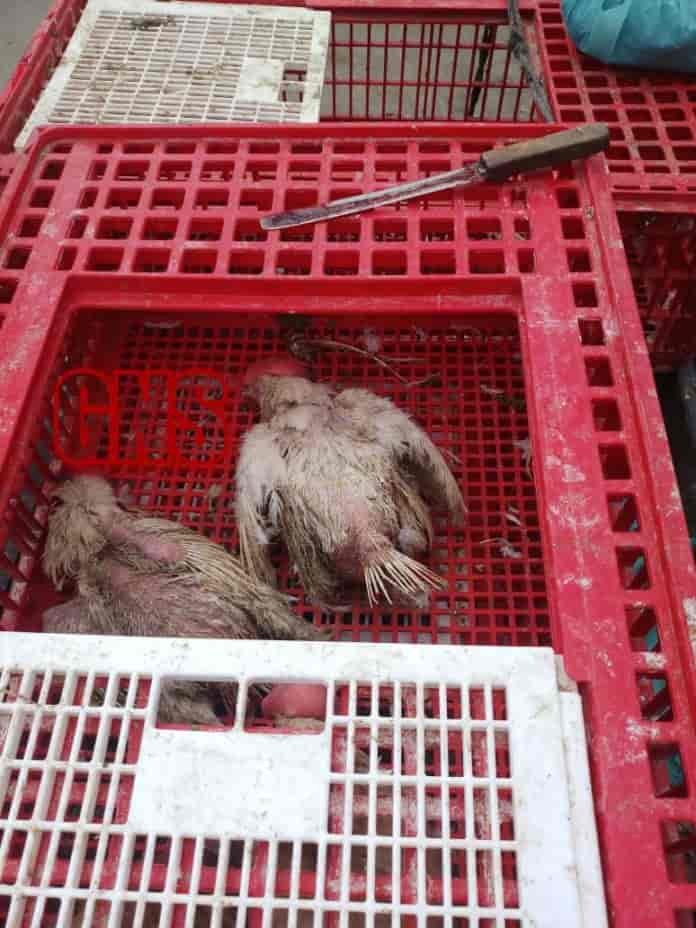 After crows, the first case of Avian Influenza, commonly known as Bird Flu has been confirmed among poultry in north Kashmir’s Baramulla district on Saturday.

An official told a local news agency, Kashmir News Observer (KNO) that a sample of poultry from Iqbal market Baramulla was taken, which was declared positive following which ten kilometres from the epicenter has been declared as ‘Alert Zone’.

“Director Animal Husbandry Department Kashmir vide letter number DAIIK/Tech/A-59/18534-40 Dated: 24.02 2021 has intimated that a sample of poultry from lqbal Market, Old Town Baramula has been declared positive for Avian Influenza virus (HSN8) by the ICAR NISHAD and it has been recommended that surveillance of the affected areas be intensified besides declaring the epicenters as Alert Zones to check the spread of the Influenza,” reads the order issued by district magistrate Baramulla.

“Now, therefore, in view of above, a radius of 10 KM from the Khan Chicken point Iqbal Market, Old Town Baramulla is hereby declared as ‘Alert Zones’. Accordingly, Animal Husbandry Department shall keep the aforementioned area/Market under surveillance and conduct random sampling within 10 KM of the said shop,” it further added.

“Further, the following measures are to be strictly adhered to, to avoid further spread of the disease, Chief Animal Husbandry Officer Baramulla, Wild Life Warden North and Divisional Forest Officer, Kamraj shall intensify surveillance within the Notified Zones and shall also conduct random sampling of organized Poultry Farms and backyard poultry units within Alert Zone, besides keeping a vigil on other birds, Bio-security has to be strengthened & disinfection in the entire area where the mortality in birds has been reported, to be carried out in collaboration with Forest Department, the dead birds (if any) should be disposed off by deep burial, For sample collection and testing, the whole birds may be sent to lab, dead bird(s) should not be kept in open without ensuring bio-safety and zoo-sanitary measures, surveillance of poultry may be also intensified in the area, to and fro movement of poultry/ poultry products and vehicles carrying the same to be stopped, No movement of poultry, eggs, dead carcasses, manure, used Litter, arm machinery, equipment of any such material should be allowed to and from the alert zone, to prevent spread of disease to other Poultry birds & human beings, the guidelines already circulated by Animal Husbandry Department may be adhered to in letter and spirit, Forest & Wildlife Department shall make all necessary measures to prevent the spread of disease, An updated report in respect of the aforesaid area epicenter shall be sent immediately to the Animal Husbandry Department as well as this office and Tehsildar/ SHO concerned shall keep a strict vigil in the said area and shall ensure that advisory is adhered to in letter and spirit and they shall remain in contact with Nodal Officer Bind Flue (Poultry Development Officer, Baramulla) contact No. 7780958162,” it further added.

Previous articleNo change in policy on ‘Kashmir dispute’: Pakistan
Next articleOut of 90 seats, J-K assembly may have 18 reserved for SCs, STs