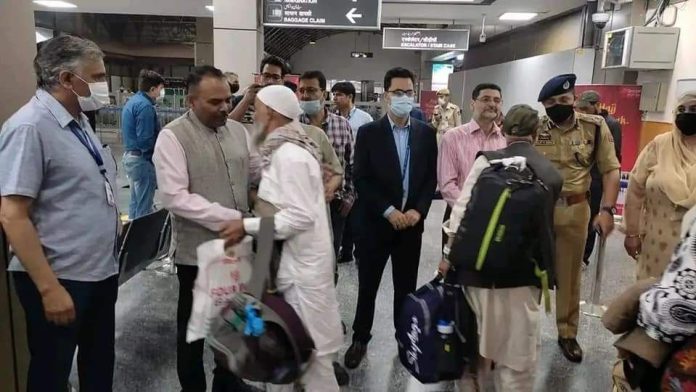 The first batch of over 145 pilgrims from Jammu and Kashmir returned on Saturday from the annual Hajj pilgrimage in Saudi Arabia.

Special arrangements for hassle-free immigration clearance were put in place at the airport, he said.

At least 80,000 pilgrims from India including 7000 from J-K performed Hajj 2022 this year. To adress the grievances and to seek feedback from J-K pilgrims, chairman Haj corporation of India AP Abdul Kuttay and Member HCoI Er Aijaz Hussian are camping in Saudi Arabia since 4 July.

Last flight of Hajj pilgrims from J-K will arrive on 1 August. (KNO)