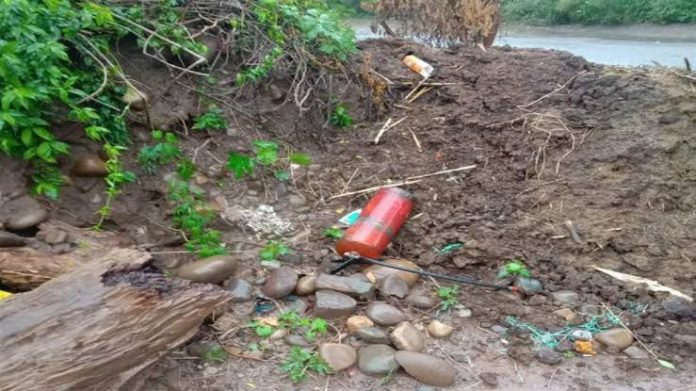 A link road in Kanachak area of Jammu district was closed for vehicular traffic after a fire extinguisher cylinder was spotted in a suspicious condition on Thursday.

An official told a local news agency, Kashmir News Observer (KNO), that fire extinguisher cylinder was seen lying in a suspicious condition alongside the link road, following which the road was closed for traffic.

He said that a Bomb Disposal Squad (BDS) has been called in for further examination of the cylinder.

The official also said that it seem as if someone has inadvertently dropped this cylinder alongside the road, however, BDS has been called in and things will be clear only after examination. (KNO)