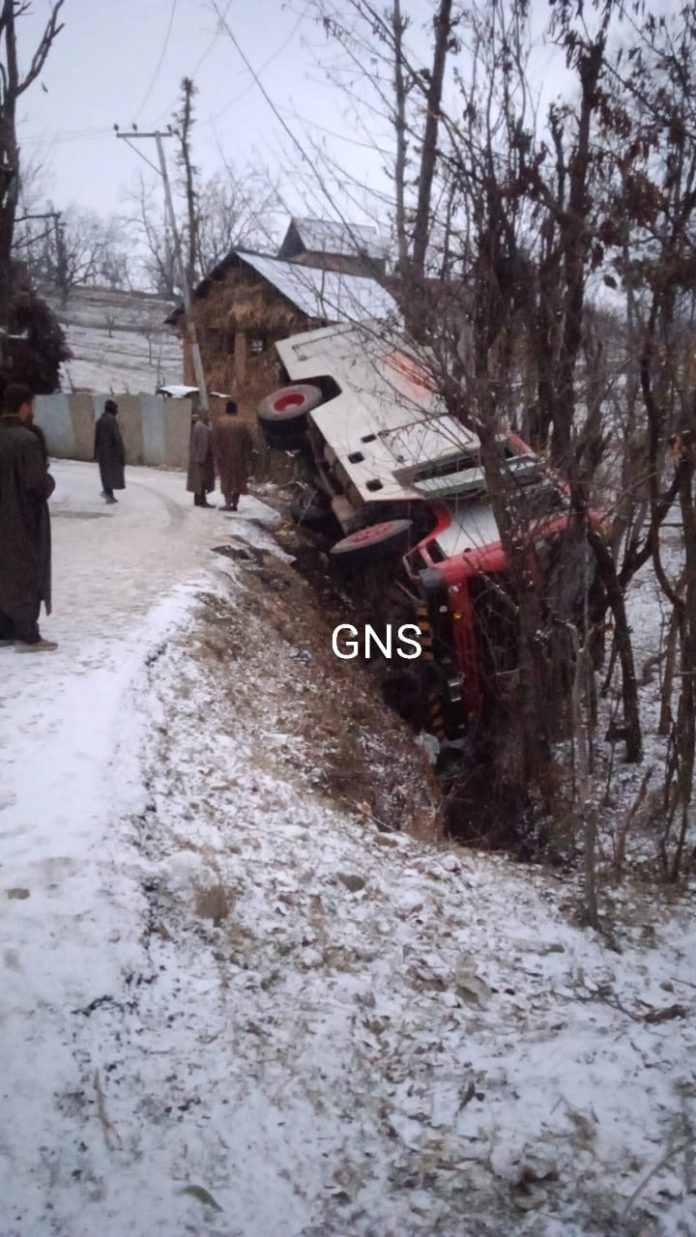 A fire engine heading towards Nichandajan Sangerwani in south Kashmir’s Pulwama district to put out a nocturnal blaze, skidded off the road and fell into a gorge last night, leading to injuries to crew members, officials said.

They said that during the intervening night of January 1 and 2, a fire broke out in the houses and cowshed of two brothers namely Nazir Ahmad Gorsi and Mukhtar Ahmad Gorsi sons of Taj Mohammad Gorsi at Nichandajan Sangerwani. A local unit of Fire and Emergency Services department at Keller was accordingly intimated, they said.

As the fire engine was heading towards the site it however skidded off the road having thin layer of snowfall near Abhama village, they said. The crew members on board sustained minor injuries in the incident, the officials told GNS.