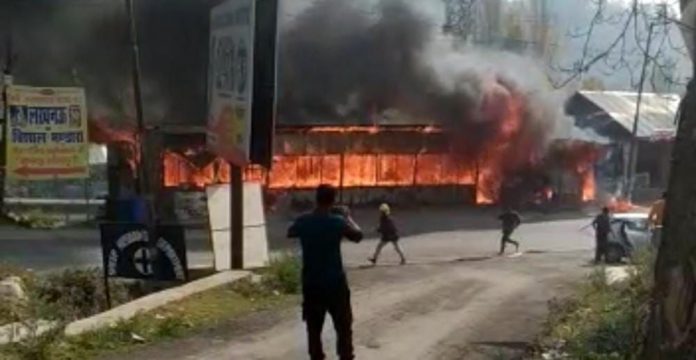 A local hotel in Haripora area of central Kashmir’s Ganderbal district was damaged in a devastating fire incident on Thursday afternoon.

As per the reports, the fire broke out this afternoon at Haripora, resulting in extensive damage to the building.

Soon after the incident, the fire and emergency men rushed to the spot and doused the flames.

An official confirmed the incident to kno and said that the cause of the fire was yet to be ascertained.

Meanwhile, police have taken the cognizance of the fire incident and has started investigation into the matter. (KNO)