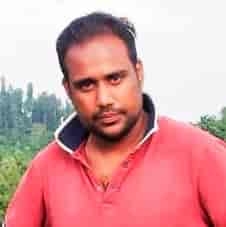 Srinagar: On 22 August, Municipal Committee Chadoora filed a First Information Report (FIR) against a local Right to Information (RTI) activist for demanding a high-level probe into alleged misappropriation of funds by the municipal body, according to the RTI Movement, a Jammu and Kashmir (J-K) based transparency advocacy group.

Sajad Hussain, the Chadoora-based activist against whom the complaint has been filed, told The Kashmir Walla that he was called by the police on Wednesday, 26 August, afternoon. “I was told that an FIR under section 353,” he said. “If they can file an FIR against an activist [for asking official documents], what will they do to a citizen?”

Irfan Banka, who cofounded J-K RTI Foundation with Mr. Hussain, said of the incident: “MC executive officer [in Chadoora] called [Mr. Hussain] to office, thought info given but unfortunately threatened that we will file FIR against you.” Mr. Banka further said that “three days later he was summoned… but the problem is that we filed an RTI for information [and] unfortunately PIOs (Public Information Officers) think there is no law now [in JK].”

In a statement issued on 26 August, the RTI Movement demanded that government officials must stop “harassment” of transparency activists, “especially those using RTI Act to seek information from public authorities”.

“In the past also RTI activists were booked under fake charges in Budgam for demanding transparency and accountability. Instead of taking action against the corrupt officials especially those involved in bungling of public funds, authorities are targeting public spirited citizens,” said Dr. Bhat. “If this continues nobody would raise voice against corruption and these will be chaos all around J-K.”