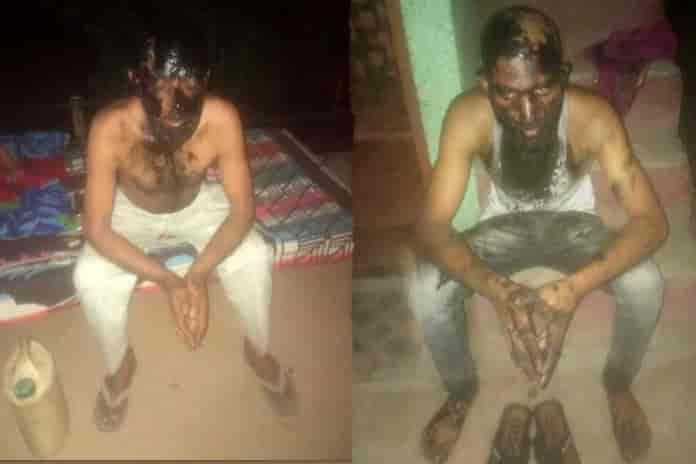 Srinagar: Jammu and Kashmir police in Rajouri district have booked and arrested seven persons including Sarpanch, two Panchs and a local contractor for assaulting and humiliating a father-son duo during a panchayat meeting in Sialsui village of Kalakote Tehsil in Rajouri district.

Senior Superintendent of Police (SSP) Rajouri, Chandan Kohli told a local news agency  that a written complaint was received from one Amjed Parvez who complained that his elder brother had verbal duel with a local contractor over the issue of road construction over their graveyard after which a panchayat meeting (about which Police was unaware at that time) was convened by local Sarpanch.

During the meeting, seven persons overpowered the complainant and his father, Mohammad Bashir and assaulted them besides humiliating them in full public view and resorted to derogatory remarks.

He said that a case under FIR number 40/20 under sections 297/341/342/323/504/506/147 /500 IPC has been registered in Kalakote Police Station and a team of police headed by SHO Kalakote Sanjay Raina under the supervision of SDPO Nowshera Zakir Shaheen Mirza have arrested all the seven accused. SSP Rajouri further said that the matter is being investigated in a professional manner.

“There is no space for such acts in the society and action as per law is ensured and people are also requested not to pay heed to rumour mongering,” SSP further said.

Meanwhile, the victim father-son duo said that they were beaten by the accused in full public view.

Parvez alleged that after being summoned by Panch and Sarpanch to a local shrine, they held him and his 65-year-old father Mohammad Bashir and tonsured their head, “Our  faces were blackened and were garlanded with footwear. Later we were paraded semi-naked through the bazaars with no one coming to our rescue. We were accused of being Pakistan sympathisers,”

“On Eid day my elder brother was on way to his in-laws’ place when he saw our ancestral graveyard being dug and road being laid through it. When he objected, he was abused and thrashed by one Ajay Singh who was building a road on our graveyard. Later he called former MLA who abused us,” Amjed Parvez a victim told The Kashmir Walla. (with inputs from KNO)

Previous articleIED expert of JeM who had participated in Afghan war among militants killed in Pulwama: IGP
Next articleCOVID-19: Doctor hospitalised after “thrashed” by CRPF personnel in Budgam