“Farooq’s sister got ownership of over 3 Kanal plot under Roshni Act”: J-K govt 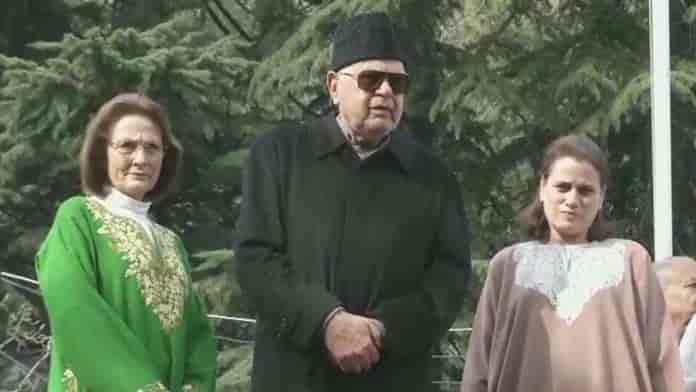 Sister of National Conference president Farooq Abdullah and two prominent hoteliers including a Congress leader figure in the second list of 130 people who have availed land under now-scrapped Roshni Act.

According to the fresh list uploaded on the website of Divisional Commissioner, Kashmir, majority of the beneficiaries including a former bureaucrat and his wife legalised their residential places under the scheme, while there are also names of dozens of businessmen who have got the ownership of their commercial buildings, Press Trust of India reported.

This is the second list of beneficiaries issued by the divisional administration in accordance with the October 9 directive of the Jammu and Kashmir High Court which has declared Roshni Act “illegal, unconstitutional and unsustainable” and ordered a CBI probe into the allotment of the land under this law.

The administration uploaded a list of 35 beneficiaries which included former finance minister Haseeb Drabu, some of his relatives and top hoteliers and a former bureaucrat earlier.

Suriya Abdullah, sister of Farooq Abdullah, was also named among the beneficiaries who got ownership of an over three kanal plot under residential use.

According to the list, the land had been approved by the authorities but she was yet to pay Rs 1 crore fees. No notice had also been issued to her since the time of approving the land in her name.

On November 1, the Union Territory administration cancelled all land transfers that took place under the JK State Land (Vesting of Ownership to the Occupants) Act, 2001 – also known as the Roshni Act – under which 2.5 lakh acres of land was to be transferred to the existing occupants.

The principal secretary and revenue department have been asked to work out a plan to retrieve large tracts of state land vested under the Act. According to the high court order, a total of 6,04,602 kanals (75,575 acres) of state land had been regularised and transferred to the occupants. This included 5,71,210 kanals (71,401 acres) in Jammu and 33,392 kanals (4174 acres) in the Kashmir province.

According to the order, complete identities of influential persons, including ministers, legislators, bureaucrats, government officials, police officers and businessmen, their relatives or persons holding benami for them, who have derived benefit under the Roshni Act, will be made public within a period of one month.