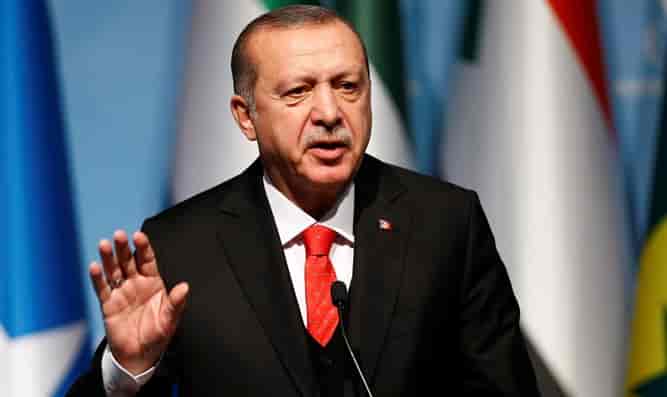 Recep Tayyip Erdogan the president of Turkey has sought financial, logistical and diplomatic support from the United States as he defied Taliban and vowed to send troops to control Kabul airport.

Erdogan had said he will deploy troops to the airport after NATO fully withdraws and has been in talks with the US for several weeks.

Erdogan and US President Joe Biden discussed the issue in their first face-to-face meeting on the margins of a NATO summit in June.

The Taliban, which has rapidly gained territory as US-led foreign forces pull out, has warned Turkey against deploying troops in Kabul.

Erdogan, speaking in a televised address on Tuesday from Northern Cyprus, acknowledged that the Taliban had reservations but said Turkey would nonetheless carry out the mission as long as the US, a NATO partner, meets three specific Turkish requirements.

The conditions are US support in diplomatic relations, the handover of logistical facilities, and financial and administrative backing.

“The Taliban, who held some talks with America, should be able to talk about these issues with Turkey more comfortably,” Erdogan said, adding that he believes an agreement can be reached.