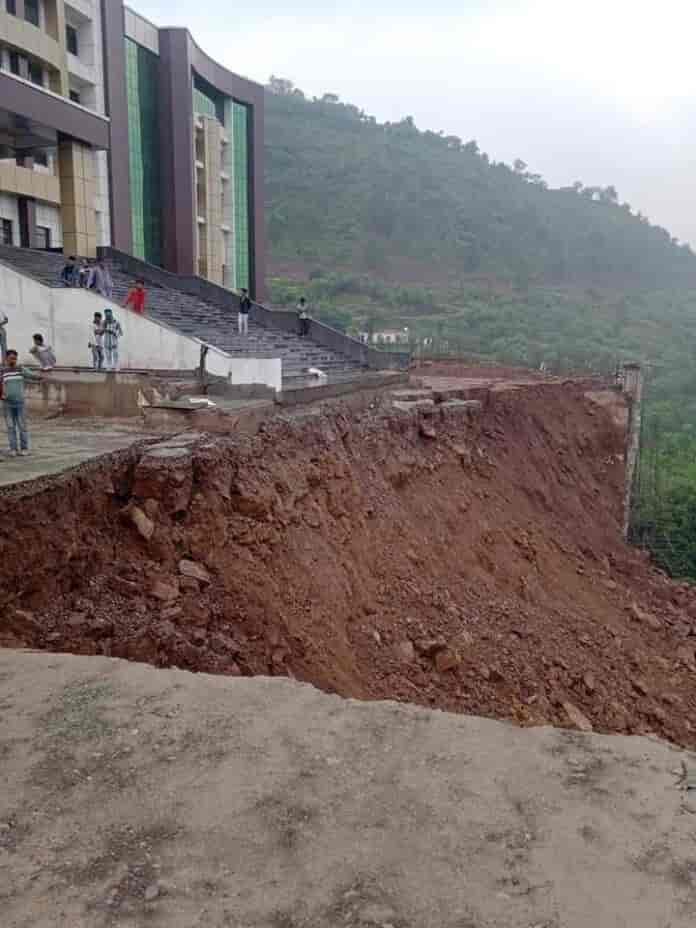 An elderly person is feared dead after a massive under construction boundary wall of Government Medical College collapsed in Rajouri district on Sunday.

Official sources told a local news agency, Global News Service (GNS) that massive wall caved in and one person identified as Karam Chand (75) son of Ghurmukh Singh of Mera, Rajouri came under it. Soon, they said, a rescue operation was launched. They said while efforts are underway to clear the debris, it was unlikely that septuagenarian would survive.

A senior police officer told GNS that soon after receiving the information, a rescue operation was launched.

“Debris clearing is in process,” the police officer added. (GNS)