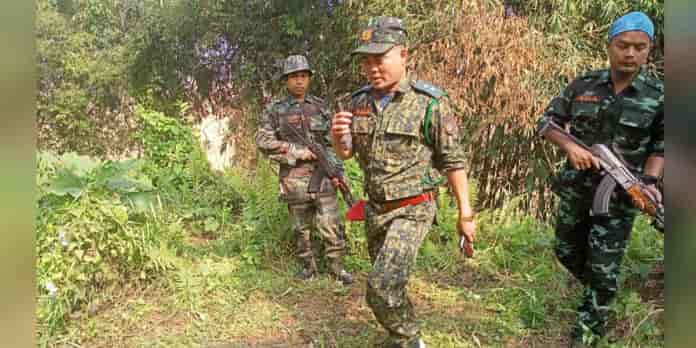 At least eight militants were killed in a gunfight with government forces in Assam’s West Karbi Anglong district, along the Nagaland border,

Earlier, he had claimed six died in the exchange of fire, as the bodies of two others were yet to be recovered.

Six bodies were initially recovered, and two others, suspected to be that of the outfit’s top leaders, were spotted later in the day during combing operations in the remote region, along the interstate border

Four AK-47 rifles and several rounds of ammunition were found in the possession of the slain militants, the senior officer pointed out.

Search operations had been underway in the district since last week after a priest was killed in Daujiphang area,he said, adding that more details are awaited about the encounter.