Cargo sent chills down people’s spines, now it is centre for excellence: DGP 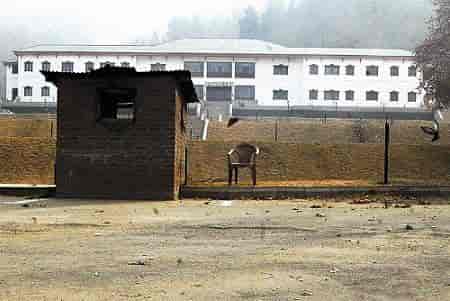 Jammu and Kashmir Director General of Police Dilbagh Singh, has said that his dream of seeing the Cargo centre (the headquarters of Jammu and Kashmir Special Operations Group)  become a centre for excellence rather than a place that evokes fear has been realised.

“I wanted to ensure that Cargo, a name which sent chills down people’s spines earlier, becomes a centre for excellence and I guess that dream has been realised now,” Mr. Singh was quoted as saying by Press Trust of India on Tuesday

The building — which once housed Indian Airlines cargo, hence the name,– carries the tagline of the SOG, also known as Special Task Force (STF). The sign outside says ‘CARGO

“Hum awam ke dost hain (We are people friendly),”  Mr. Singh said with Inspector General of Police Vijay Kumar by his side.

According to the report this year, the SOG conducted seven special operations within Srinagar city limits and killed 16 militants of various outfits, significantly higher than previous years.

“Every one summoned here is shown charges and after hearing their side of the story they are escorted out with full respect. We are doing our job and that”s all. I think the SOG is doing a good job,”Mr. Singh brushes off controversies, including the alleged intimidation of journalists, saying it is not possible in this day and age with so many CCTVs present.       .

The ”Cargo” building was taken over by Jammu and Kashmir Police in the initial days of militancy in 1994. Subsequently, it became the headquarters of the STF.

Previous articleKashmiris do not want to be Indian, today they would rather be ruled by Chinese: Dr. Farooq
Next articleSrinagar records 199 fresh coronavirus cases as J-K tally mounts to 67510