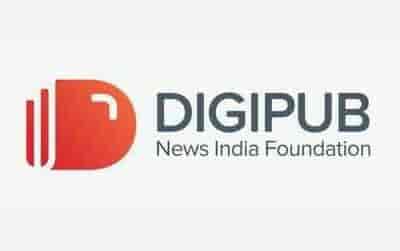 DIGIPUB News India Foundation on Saturday condemned the detention of Fahad Shah, Editor-in-Chief of The Kashmir Walla by the Jammu and Kashmir police after reporting on an alleged assault of two journalists outside the Jamia Masjid in downtown Srinagar.

In a statement DIGIPUB, an association of digital-only news ventures and freelancers said, “DIGIPUB strongly deplores the detention on 4 March 2021 of Fahad Shah, Editor-in-Chief of The Kashmir Walla, an independent website based in Srinagar, Jammu and Kashmir.”

On Friday, two photojournalists Shafat Farooq and Saqib Majeed were allegedly beaten up as reported by The Kashmir Walla by the police while covering protests outside downtown Srinagar’s Jamia Masjid. After covering the protests and publishing the news by The Kashmir Walla, Shah was summoned by the police at Safakadal police station where he was questioned for three hours.

“Mr. Shah’s detention was without basis, reflecting the fraught conditions under which the media operate in Kashmir and follows a pattern of intimidation against him in particular and against other journalists in general for doing no more than their job,” the statement read.

It further added: “Like other journalists, Mr Shah has been frequently menaced by security forces. In 2017, he was detained and interrogated for eight hours after being picked up from outside his house. In 2018, his car was damaged by police during protests in the area, a teargas shell fired into his house and a subsequent fire put out by neighbours. In 2020, he was plucked from a car at gunpoint on a highway and interrogated for five hours at a police station.”

Shah has been summoned by the police earlier as well. The statement read that he has been “summoned by police half a dozen times over the past three years, all related to stories reported” by his website.

“DIGIPUB urges the government to stop the frequent, illegal and growing intimidation of the media and the selective targeting of independent voices, such as Mr Shah’s,” it read.