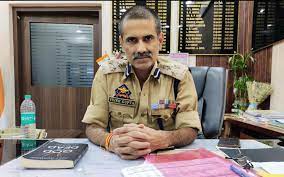 Four police officers from Jammu and Kashmir were among those who were awarded with Union Home Minister’s Special Operation Medal for the year 2022.

According to a list, DIG Jammu, Vivek Gupta, SSP Jammu, Chandan Kohli, SDPO Gandhi Nagar Sachit Sharma and SGCT Vicky Kumar were among those who were awarded with the medal.

“These medals were conferred for special operations with regard to managing terrorism, border disputes, arms and narcotics,” it reads.

The list includes 13 awardees from Telangana, 16 from Punjab, 19 from Delhi, 4 from Jammu and Kashmir and 11 from Maharashtra.(KNO)