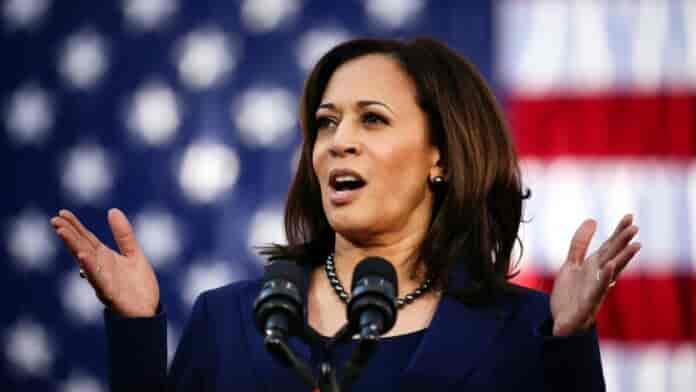 A member of the Democratic Party, Ms. Harris is only the second African- American woman and the first South-Asian American to serve in the United States Senate. She represents the state of California in the American Senate.

The 55-year-old also ran for the Democratic nomination for the President of the United States in the 2020 election, briefly becoming a front-runner before ending her campaign in December 2019, citing lack of funds.

Even though she was deeply critical of Mr. Biden during the Democratic primaries, Ms. Harris ended her campaign as his vocal supporter. Tweeting a few hours ago, Ms. Harris said that she was “honored to join Biden as her party’s nominee for Vice President, and do what it takes to make him our Commander-in-Chief.”

.@JoeBiden can unify the American people because he’s spent his life fighting for us. And as president, he’ll build an America that lives up to our ideals.

I’m honored to join him as our party’s nominee for Vice President, and do what it takes to make him our Commander-in-Chief.

Vocal human rights advocate who spent most of her career as a prosecutor, Kamala Harris represents a progressive camp within the Democratic Party including Pramila Jayapal, Elizabeth Warren, and Ilhan Omar.

A center-of-left politician, Ms. Harris has advocated several progressive reforms like creating a national police systems review board in view of the police brutalities in the U.S. and the elimination of private health insurance in the country.

On America’s key foreign policy issues, Ms. Harris has been critical of the Trump administration’s handling of international affairs, including the silence of the White House on Kashmir.

Speaking at an event in Houston right after New Delhi abrogated Article 370 which gave Jammu and Kashmir limited autonomy in August 2019, Ms. Harris spelt out her disdain for the Trump administration’s South Asia policy.

Replying to a direct question on the alleged human rights abuses in Kashmir, Ms. Harris said: “We have to remind Kashmiris that they are not alone in the world. We are keeping a track of the situation. There is a need to intervene if the situation demands. It comes under American values to raise the issue of human rights. If I will be elected as the President, I will follow the same values.”

In an indirect jab at the Narendra Modi-government, she added that “the abuser will convince those they abuse that nobody cares and that no one is paying attention. But we are watching.”

Ms. Harris had also come in support of her fellow Indian-American Congresswoman Pramila Jayapal, with whom India’s External Affairs Minister S. Jaishankar refused to meet during his visit to the United States last year.

Ms. Jayapal, the first Indian-American to be elected to the House of Representatives had introduced a resolution in the U.S. Congress urging India to swiftly end Kashmir’s communication clampdown besides seeking the release of political detainees in the region and preserving religious freedoms of all residents.

Criticizing S. Jaishankar, Ms. Harris had said that she stands with Ms. Jayapal. “It’s wrong for any foreign government to tell Congress what members are allowed in meetings on the Capitol Hill,” Ms. Harris had tweeted after India’s Foreign Minister refused to meet Ms. Jayapal.

It’s wrong for any foreign government to tell Congress what members are allowed in meetings on Capitol Hill. I stand with @RepJayapal, and I’m glad her colleagues in the House did too. https://t.co/PpbDoB0zKB

Notably Ms. Harris had also boycotted the Howdy Modi event in Houston held last year in which many U.S legislators had participated.

While the Democratic Party has traditionally supported good relations with India, the events after New Delhi revoked Jammu and Kashmir’s limited autonomy have put the bipartisan support for India on Capitol Hill in deep freeze. Notably, the issue of Kashmir also figured in Mr. Biden’s manifesto released earlier this year.

In particular, the nomination of Ms. Harris may come to symbolize increasing American scrutiny on India, a phenomenon that will persist for the foreseeable future, irrespective of which party wins the November elections.

Previous articleIndia considers offering temporary resettling to Kashmiri youth who give up arms
Next articleCOVID-19: With 376 fresh cases in Kashmir, J-K crosses 26000 mark