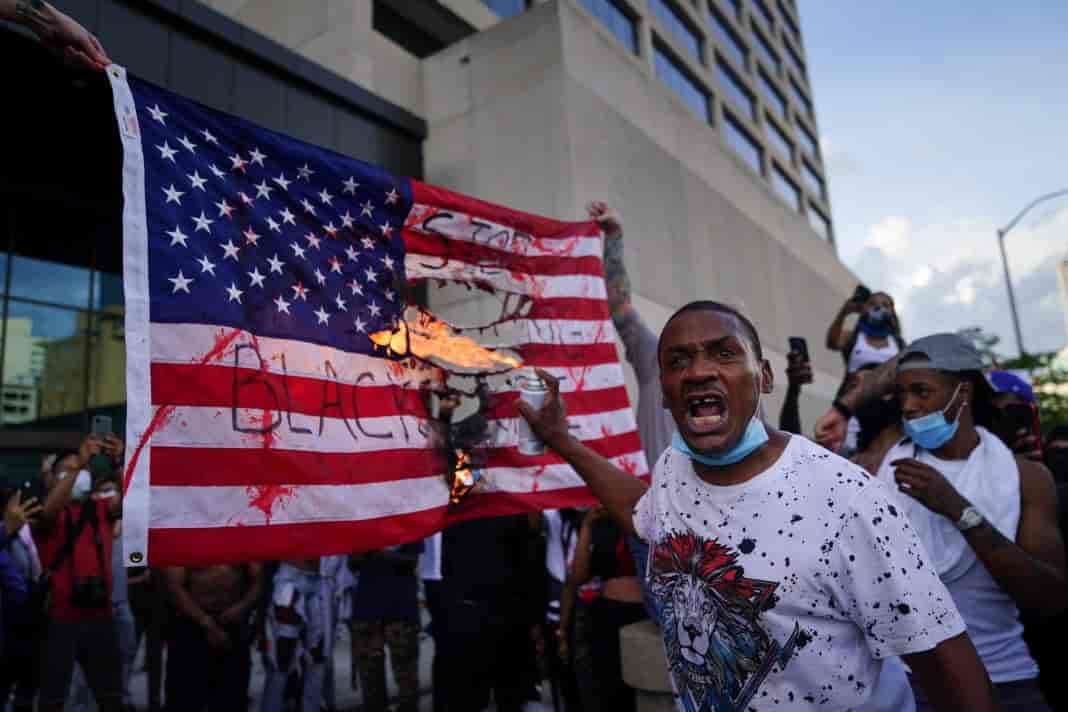 Last week, nine members of Minneapolis City Council in the United States of America vowed to dismantle the city’s police department, an officer of which was responsible for the death of George Floyd. The Council instead wants to replace it with a new, community-based system of public safety.

Though the city’s mayor Jacob Frey is not in favor of disbanding the police, the nine city council votes will be enough to override Mr. Frey’s veto. Speaking to the media, the City Council President Lisa Bender said, “Our commitment is to end policing as we know it and to recreate systems of public safety that actually keep us safe.”

Last month, George Floyd, an African American man was killed by a police officer for purchasing cigarettes using an alleged fake 20 US Dollar bill. The video of the incident showed the officer kneeling on Mr. Floyd’s neck as he grasps for breath.

Mr. Floyd’s death has triggered widespread protests across the United States with protestors demanding radical police reforms. The rising calls for “defunding the police” have come in the wake of police brutalities, particularly against America’s Black community. While some have been calling for the institution of police to be entirely done away with, for the majority of protestors “defunding the police” implies curtailing the powers and funds for the police.

It is still unclear how Minneapolis’s new law enforcement system may look like but experts believe that this will mainly involve diverting funds to other public services like healthcare and education. This doesn’t mean that the police departments will be abolished altogether but that some of their powers will be re-distributed to other social service agencies.

But the idea of defunding the police has not gone well with the U.S. President. “They are saying defund the police. Defund. Think of it,” he said last week. Many other fellow Republicans have also warned of anarchy if such a situation arises.

Howsoever radical the idea of defunding the police is, it is a fact that Black Americans have been disproportionately at the receiving end of police brutalities in the U.S. A recent examination concluded that black people make up 19 per cent of Minneapolis’s population but they are on the receiving end of nearly 60 per cent of the city’s police use-of-force incidents.

Similarly, a pan U.S. study established that between 2013 and 2018, black men were about 2.5 times more likely than white men to be killed by police. Every year, nearly 10 million people are arrested with blacks more likely to face violent arrests than whites.

Some cities in the U.S. have already started taking bolder moves to curtail police funding. Eric Garcetti, the mayor of Los Angeles said he is considering cutting police funding by $250 million (about 1000 crore rupees) and reinvesting that amount in the black community in the city. In the largest metropolitan of the US, New York’s Mayor has agreed to propose a July budget that includes cuts to the $6 billion police budget.

The events in the United States have now inspired many countries around the world to consider radical police reforms. A few days back, New Zealand dropped plans to create SWAT-like armed police squads in the country. The proposal introduced in the aftermath of the Christchurch mosque attack last year was taken back following the killing of Mr. Floyd in the US. Similarly, the excessive police control has led many activists in Europe to demand to scale down of police powers and funds.

It seems just like Mr. Floyd’s death has revived the discourse on racial equality in the entire world, it may also have sparked the much-needed debate on police reforms globally.