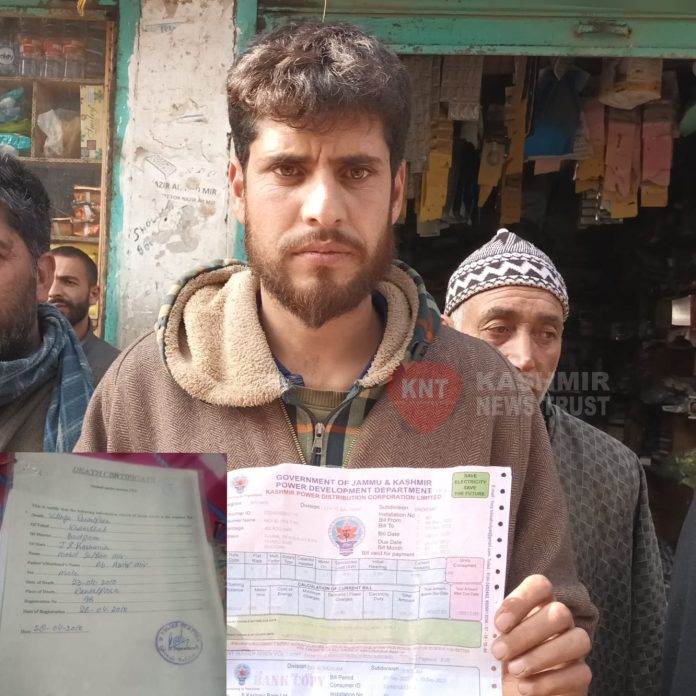 A man from the Rawalpora area of Khansahab Budgam has received power bills to the tune of over Rs 2 lakh in the name of his father who died in 2010.

Khurshid Ahmed Mir, the son of the deceased Muhammad Sultan Mir said that he received 3 power bills from Power Development Department among which two pertains to his dead father.

He said he approached authorities but nobody is giving heed to his grievances. “Where from I can arrange this hefty amount, even though we never enjoy uninterrupted power supply? Those who prepared these bills should be made accountable. Why they sent these bills after 12 years,” he questioned. (KNT)