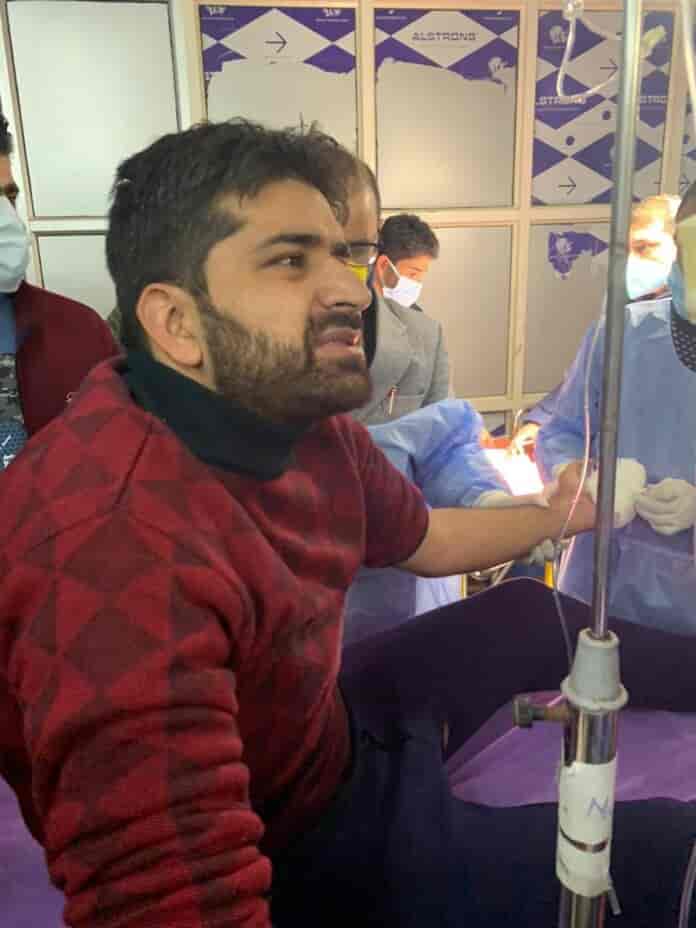 Srinagar: The DDC poll candidate who was injured after being shot at by the suspected militants at Sagam in south Kashmir’s Anantnag district overlooked “instructions” regarding escort personnel, police said on Friday.

At around noon, the suspected militants fired upon the DDC poll candidate from Sagam constituency, Anees-ul -Islam Ganie son of late Fareed Ahmad Ganie in his native village of Sagam.

“He was allocated cluster accommodation in Khanabal and was informed by police station Kokernag on 3rd December evening regarding the same after end of scrutiny period,” a police spokesperson said in a statement. “He was also instructed to get escort personnel for campaigning purpose which he did not take.”

All the candidates, the spokesman said, have been instructed to inform the police before going out for campaigning. “The information regarding his movement was not conveyed to PCR or police station Kokernaag.”

Ganie sustained injured in finger of his left hand and minor injury on thigh. “His condition is stable,” the spokesman said.