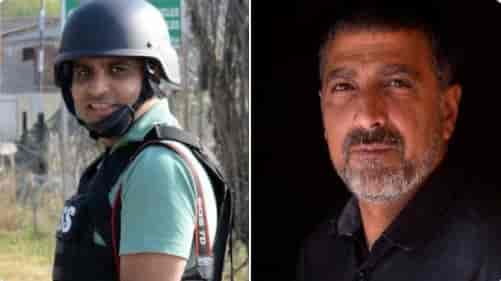 “I was told to watch the prize announcement today, and I just watched. I don’t know what to say right now,” Dar Yasin told The Kashmir Walla over the phone.

“It’s not the story of the people I am shooting, only, but it’s my story,” he told AP. “It’s a great honor to be in the list of Pulitzer winners and to share my story with the world.”

In August, Kashmir was locked down and all lines of communications were snapped. The Central government scrapped Jammu and Kashmir decades-old special status and broke down the erstwhile state into two union territories. The curfew lasted for weeks and the internet shutdown ended up being the longest in any democracy.

Yasin and Khan are based in Srinagar, while Anand is based in the neighboring Jammu district.

“This honor continues AP’s great tradition of award-winning photography,” said AP President and CEO Gary Pruitt. “Thanks to the team inside Kashmir, the world was able to witness a dramatic escalation of the long struggle over the region’s independence. Their work was important and superb.”

“All five of these photographers made remarkable, stunning images despite dangerous and challenging conditions, sometimes at great personal risk,” said AP Director of Photography David Ake. “Their dedication to getting up every morning and going out to tell the story is a testament to their tenacity. The result of their work is compelling photojournalism that grabbed the world’s attention.”