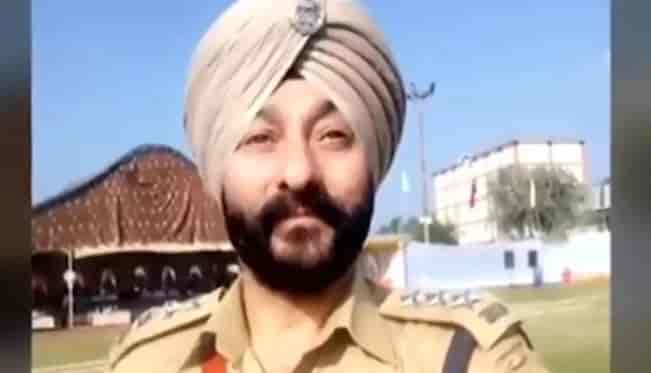 In the wake of a Jammu and Kashmir Police officer being caught with militants recently, the CRPF has carried out a mega audit of its over three lakh personnel to check for any possible “subversive” elements, PTI reported.

According to the report CRPF Director General (DG) A P Maheshwari has said the incident involving Deputy Superintendent of Police Davinder Singh was “grave” and an “area of extreme concern” for the forces, adding that all should see that these things don’t occur.

So it was “common sense” to carry out such an audit of its manpower, deployed as the lead force for counter-militancy and anti-Naxal operations across the country, when any incident like this take place, he said.

“If something happens somewhere, it is a case to revisit ourselves and that is what we have done. We have no doubts about our personnel,” the CRPF chief told the news agency .

A senior official told PTI the counter-intelligence units of the force were recently asked to check the credentials of the personnel after obtaining data from all available sources and they have been asked to be kept on “active mode” for some more time.

“No security grid should be allowed to be weakened by such episodes. So, all forces have to keep an internal watch,” he said on the arrest of DSP Singh.

“All forces should maintain vigilance so that there is no such type of subversion or some sort of intrusion within the force,” the DG told reporters.

JK Police had arrested Singh at Mir Bazar in Jammu and Kashmir’s Kulgam district along with Hizbul Mujahideen militants Naveed Baba and Altaf, besides a lawyer on January 11.

Maheshwari said that somebody from a security force trying to collaborate with adversaries is a “serious matter”. However, he added that a lone incident cannot be used to “brand” the entire force which has done onerous work in the past.

“An isolated incident should not be taken as branding of any particular force. The J-K Police has tremendous contributions in normalising the situation (in Kashmir),” the DG said at a force camp.

One incident should not be used to cast “aspersions on the dignity of the force, on the strength of the force, and therefore I don’t buy this is theory that there can be more such elements, but yes it is a matter of concern and all should see that these things don’t occur,” said the DG, a 1984-batch IPS officer of Uttar Pradesh cadre who took over the reins of the force on January 15.

“We are further strengthening our systems… which were already in place,” he said referring to the vigilance and intelligence checks conducted on their personnel in Kashmir valley and other places.

“When something happens in neighbourhood, then it is common sense to do it (check against subversive elements) quickly again,” he added.

Previous articleIndia asks Israel-Palestine to resolve issues through direct negotiations
Next articleTibet a matter of our sovereignty, urge US to stop interfering: China