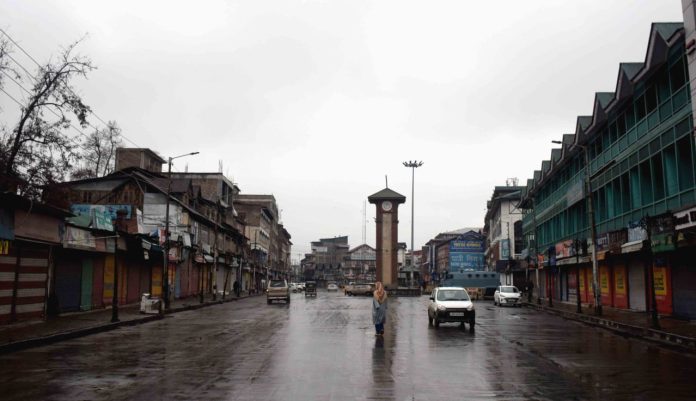 Srinagar: Normal life was affected across Jammu and Kashmir as authorities placed restrictions on the non-essential movement of people in view of upsurge in covid-19 cases, officials said.

Reports said that police vehicles fitted with public address systems announced the restrictions at several places across the Kashmir valley.

Shops and other business establishments in Srinagar and elsewhere in the Valley remained shut, they said.

Similar reports were received from Jammu district and other parts of the Jammu region.

Amid unabated upsurge in covid-19 cases, government ordered the 64-hours weekly lockdown beginning every Friday at 1400 hours till further orders.

“There will be complete restriction on non-essential movement in the entire J-K from every Friday 2.00 pm to Monday 6.00 am, henceforth,” Chairman State Executive Committee and Chief Secretary Dr Arun Kumar Mehta said in an order, amending the previous order issued last week.

“Pregnant Women Employees will be exempted from physical attendance. They shall be allowed to work from home,” the order, a copy of which lies with GNS reads further, adding, “These directions shall be applicable till further orders.”

The SEC underlined that Enforcement of Covid Appropriate Behaviour (CAB) was critical in determining the need for additional restrictions. (GNS)