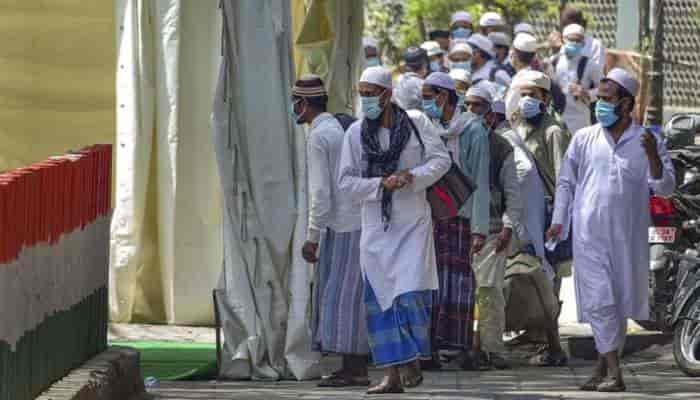 The world is fighting against a pandemic – the novel coronavirus, SARS-CoV-2; from China to the US, and Italy to Iran, the countries are engaged in medical-wars within as never seen before. But India is the only nation where the virus has been labeled as novel Islamic jihad instigated by Tablegi Jammat.

Since the Jammat congregation in March, pro-Hindutva entities through news channel and social media platforms are injecting a new dose of communal disgust among the country’s layman.

But an in-detail view of the reports gives contrasting perspectives on the congregation. At Banglewali Masjid Markaz in Nizamuddin, the headquarters of the Jamaat, many foreign preachers came in late February or early March from the countries already struggling with the virus, including Malaysia and Indonesia. The religious congregation was to be attended by more than 2,000 members.

At the first place, the government should have not allowed these preachers since they were from COVID-19 hit countries. And by the time nationwide lockdown was announced, the foreign delegates of the Jammat had already gone to other states on preaching tours – that were in violation of their tourist visas.

However, in between a chain of events in late March, where the Delhi government announced a lockdown and barred religious gathering of more than fifty people and a subsequent nationwide lockdown announced by Prime Minister Narendra Modi – by 21 March, the Centre had identified it as a potential virus hotspot. A report by Hindustan Times says the Jamaat authorities resisted evacuation. And a contrasting report by The Wire quotes the Jamaat officials saying they were asked by a sub-divisional magistrate to “stay put”.

Meanwhile, in Jammu, around 400 pilgrims were stuck en route Mata Vishnu Devi shrine. But no TV channel put fingers on them and they were sheltered safely in Jammu city and taken care of in a healthy and sanitized place.

But by then, the bellicose TV anchors launched a campaign of hate and bigotry from their studios against the Jammat.

At a time when the World Health Organization (WHO) has declared COVID-19 a pandemic, national TV studios are caught up in spreading sick among masses to create a wedge between the communities.

When the epidemic hit the roof China, the government too announced a lockdown but with a strategy. They pressed upon providing Personal Protective Pair Equipment (PPE) to healthcare professionals and to save the lives of its citizens. Another example is of Italy, when it faced gargantuan COVID-19 cases and fell short of medical supplies, it wasn’t claimed to be a conspiracy. Instead, the government and writers wrote letters to other countries saying that Italy is your future if lockdowns aren’t put in place on time and a collaborative effort is not put to contain the infection.

But in India, the virus has been made communal and rather than a constructive debate around it, the Jamaat is being dehumanized.

The Central government, who is in the hour of absolute crisis, is giving people other reasons to think to avoid its own failures in containing the infection. When the global leaders are acknowledging that the world has a bigger battle to fight against a common enemy of human lives, the Central government of India rolls out a domicile law in the Union Territory of Jammu and Kashmir.

Right now, our first priority should be to collectively fight against the pandemic, which is secular and impartial in nature. Time demands secular minds and an end of the hostile communalism. Let’s defeat the COVID-19 together.

The author is a Kashmir based independent journalist. He has written for The Wire, Democracy News Live, and Kashmir Images.