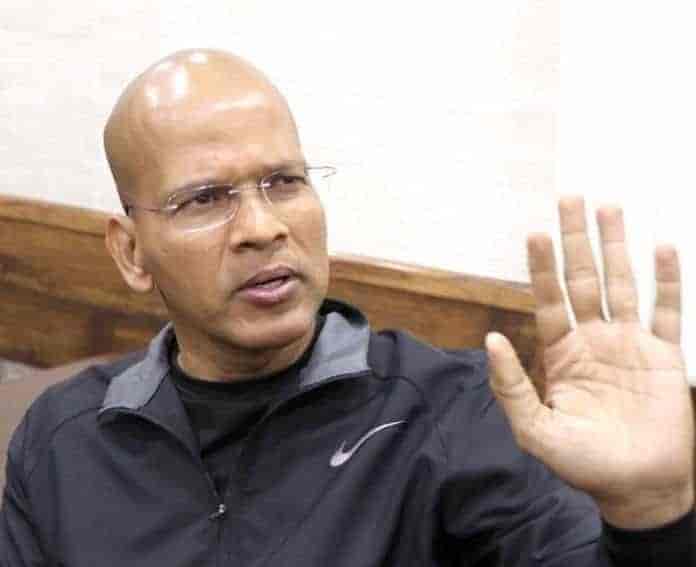 Srinagar: A court in Jammu has directed suspended senior police officer Basant Rath not to publish any post or material by any means of communication which is defamatory or derogatory against six persons who claimed to be “acquainted with the current Director General of Police, Dilbagh Singh.”

They have sought a decree of the permanent prohibitory injunction, restraining Mr. Rath from posting any defamatory, derogatory, libel or slanderous posts or material on social media such as Twitter, Facebook, Instagram or any other available social media platform with regard to them.
They have contended Mr. Rath has made expressions, representations and gestures against them which on the face of it are opposing the decency and morality, besides being defamatory in its nature.

The plaintiffs have stated that they are “acquainted with the current Director General of Police, Dilbagh Singh and have family relations with him. “It appears that [Mr.] (Rath) has some personal grouse against Dilbagh Singh and in this regard, he is maligning the image of not only the Director-General of Police but also the plaintiffs,” they said,” adding, “[ Mr.](Rath) in his various posts refers to the Director-General of Police as “DILLOO” and has alleged various allegations of land grabbing besides other allegation of connivance and statements which are defamatory and derogatory to the plaintiffs.”

After hearing their counsel, the court issues a notice to Mr. Rath for filing a written statement in the main suit as well as objections in the application for grant of a temporary injunction.

“In the meanwhile defendant [Mr.] (Rath) is directed not to publish any post or material by any means of communication which is defamatory or derogatory against the plaintiffs which have an effect of injuring the reputation of the plaintiffs in the society till next date of hearing,” the court said as per order with Global News Service, adding, “This order is however, subject to objections from the other side.” The case has been listed again on 25 July.

On Tuesday, Home Ministry, Government of India, suspended Mr. Rath, a 2000-batch IPS officer, and asked him not to leave the headquarters without permission of the Director General of Police. (GNS)