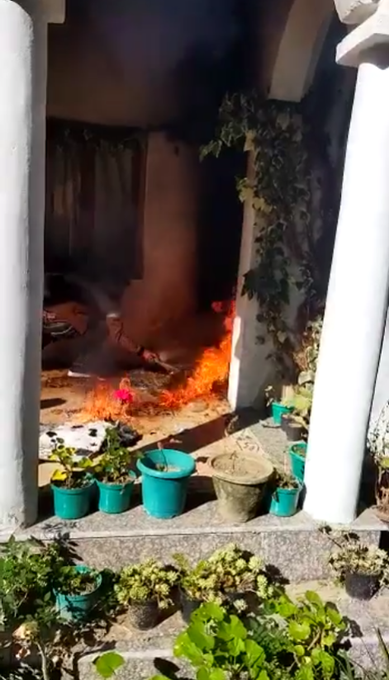 Congress leader Salman Khurshid’s house in Nainital was vandalised and set on fire today, days after his new book on Ayodhya sparked a controversy by drawing a parallel between “Hindutva” and radical Islamist groups, NDTV reported.

Sharing the visuals, the Congress leader said in a post, “I hoped to open these doors to my friends who have left this calling card. Am I still wrong to say this cannot be Hinduism?”

The former Union Minister has been under the spotlight ever since the launch of his new book, ”Sunrise Over Ayodhya: Nationhood in Our Times”. At the centre of the controversy is a passage that reads, “Sanatan Dharma and classical Hinduism known to sages and saints were being pushed aside by a robust version of Hindutva, by all standards a political version similar to the jihadist Islam of groups like ISIS and Boko Haram of recent years.”