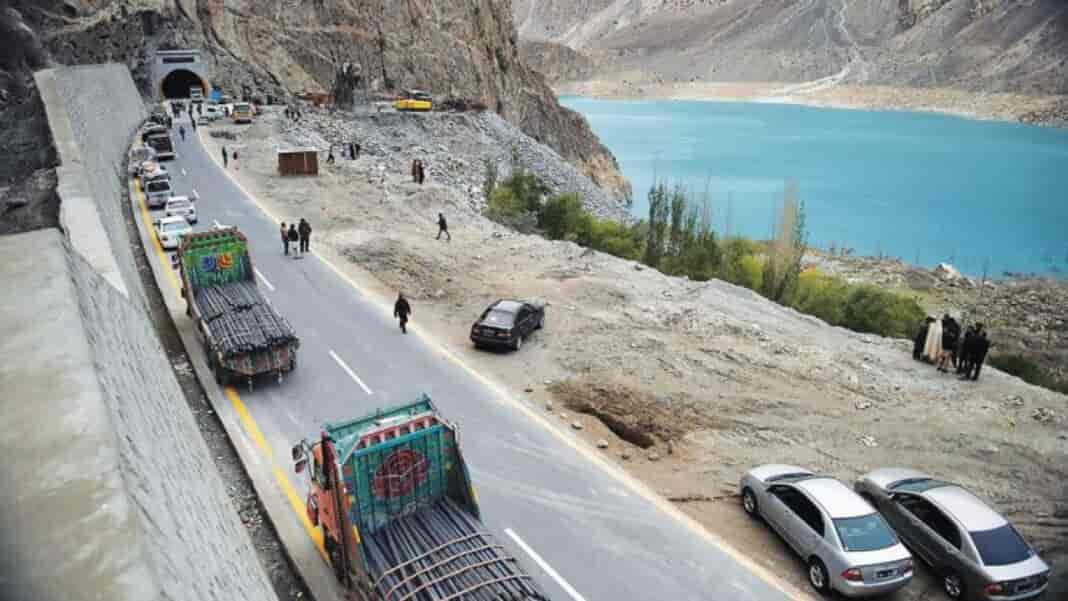 As China expands its regional influence in the Indo-Pacific particularly in the South China Sea, it is easy to forget that Beijing has invested in Central and South Asia on a much larger scale.

A recently leaked eighteen-page agreement between China and Iran that may have been signed during Xi Jinping’s 2016 visit to Tehran underscores the significance China attaches to the region.

Coupled with a similar series of investments in neighboring Pakistan and Central Asia, China is spending roughly a quarter of a trillion to boost its strategic and economic presence in the region. Once completed, the projects will strongly enhance China’s ability to project unrivaled power across Eurasia.

While the United States and many other global financial institutions have warned countries against falling for Beijing’s “debt traps”, many countries in the Asian heartland have enthusiastically embraced the Chinese investments.

The reason is simple, pointed out Michael Kugelman, the deputy director of Asia program at the Wilson Centre in Washington: “Few countries are able to mobilize capital and resources as quickly and efficiently as China, and Beijing is taking full advantage of this unique capacity.”

The port city of Chabahar in south-eastern Iran is an example in case. For years India, a Chinese rival, undertook the development of Chabahar in an effort to use the port-city for accessing the Central Asian markets.

However, owing to the snail’s pace of Indian activities, Tehran dropped India from several major projects in Chabahar last month including a railway line. Instead, China will now assist Iran in developing ‘Chabahar’s duty free zone and an oil refinery’, as per the Iran- China agreement.

Another validation of growing Chinese clout in the region is that Beijing’s reputation as a net economic provider has not eroded even in the face of the coronavirus pandemic.

“Despite the growing backlash against China because of its initial handling of the COVID-19 virus as well as its increasingly assertive actions in Asia, the world is keen to do business with Beijing,” Mr. Kugelman told The Kashmir Walla. “The region will continue to value Chinese largesse and especially its assistance with infrastructure- a top item on so many developing country wish lists.”

Apparently, none of the countries in the region has joined the Western chorus of holding Beijing accountable for the spread of the virus. In fact, most of the countries have been appreciative of medical aid sent by China.

Notwithstanding its economic potential, the China-Iran deal also has a major geopolitical component to it. As per the deal with Iran, China will build several ports in Iran, including one of them at Jask, just outside the Gulf of Hormuz, which is the entrance to the Persian Gulf.

The Gulf of Hormuz is among the nine key maritime chokepoints across the world. All of these chokepoints are controlled by the US, which is often seen as a marker of US strategic hegemony over the world.

Control of Iran’s Jask port in particular will give Chinese a strategic vantage point on the waters through which much of the world’s oil shipments passes through. Beijing has already acquired the Hambantota port from Sri Lanka and is also financing the development of Gwadar port in Pakistan’s Baluchistan. Besides, China already operates a military base in Djibouti.

It is widely believed that Beijing intends to militarize the string of ports which it is developing across the Arabian Sea and Indian Ocean thus giving China a tactical advantage over the United States.

Even though China has repeatedly claimed that it does not intend to militarize the Belt and Road Initiative, it is only logical to assume some sort of military interoperability in the future.

“Even if we buy into Beijing’s argument that its deepening economic footprint has no military component, we cannot rule out the possibility that China will want to use military power to safeguard its growing economic power and this could one day entail using the infrastructure projects- such as ports- it finances in friendly countries to house naval vessels,” Mr. Kugelman said.

A new axis in the making

While it is too early to speculate if the BRI will metamorphize into a coherent political bloc, there is a marked consistency in the diplomatic postures of countries associated with the ambitious Chinese project.

For example, Turkey, Iran, Azerbaijan, and China all of which are part of the BRI have supported Pakistan’s stance on Kashmir. Similarly, traditional foes Iran and Turkey share similar policies on Syria and Israel.

The US has also, in part, played a role in pushing many Asian countries towards China. Over the years, Washington has damaged its relations with Ankara and Islamabad by siding with their adversaries.  This in turn has led both the countries to explore China as their new ally and net security provider.

Similarly, in May 2018, US President Donald Trump announced his country’s withdrawal from the Joint Comprehensive Plan of Action (JCPOA) or simply the “Iran Nuclear Deal”. As per the agreement, Tehran agreed to limit its nuclear proliferation thus effectively putting an end to its nuclear program and in turn, the consortium led by America lifted the decades-old sanctions on Iranian economy.

Following Mr. Trump’s decision to withdraw from the deal, Iran that traditionally stayed away from aligning with any major powers after the Islamic Revolution started flirting with the Chinese.

The rise of China as an economic powerhouse which is now eager to translate it into political leverage has brought Asia back in the limelight as the new center of great power politics.

While the Iran-China deal is still in preliminary stages as is the China Pakistan Economic Corridor (CPEC), the strategic and economic centrality of China in the region is undeniable.

As countries draw closer to China in lieu of large scale investments, the region is showing initial signs of a political bloc.

The analysis originally appeared in our 10 – 16 August 2020 print edition.