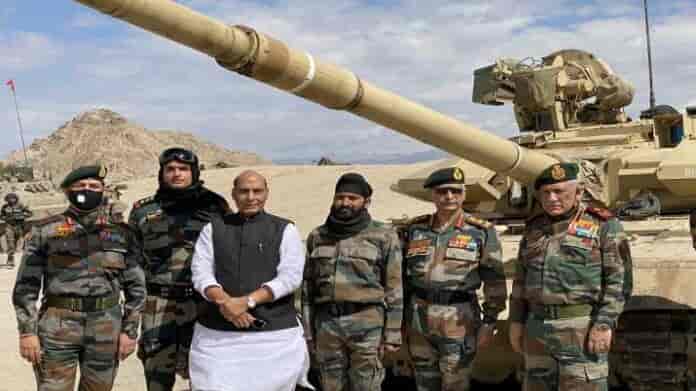 Defence Minister Rajnath Singh has said that Pakistan and China are creating conditions that seem to suggest that “a border dispute is being created under a mission.”

“You are well aware of the conditions created on our northern and eastern borders. First, it was Pakistan, and now also by China, as if a border dispute is being created under a mission. We have a border of about 7,000 kilometres (km) with these countries, where tension prevails on a daily basis,” Mr. Singh was quoted as saying by Hindustan Times newspaper.

The minister’s comments come at a time when tensions are simmering along the Line of Control (LoC) with Pakistan and the Line of Actual Control (LAC) with China, where Indian Army and the People’s Liberation Army (PLA) have been locked in a border row for over five months and efforts to reduce friction have made no headway.

As India remains focused on scaling up its border infrastructure despite the ongoing border tensions, Mr. Singh dedicated 44 bridges in forward areas to the country, including 10 in Jammu and Kashmir (J-K)

Mr. Singh said the country had not only resolutely faced the challenges posed by coronavirus disease (Covid-19) pandemic and the border tensions and disputes caused by Pakistan and China but it was also bringing about “historical changes” in all sectors of development.