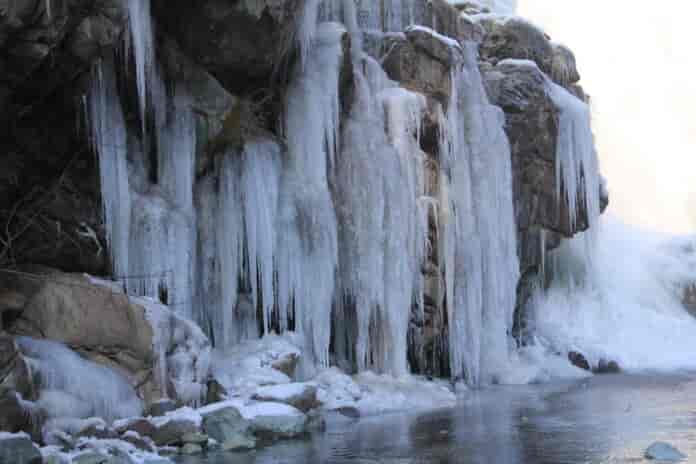 Srinagar : Kashmir’s harshest winter period, known as Chilai Kalan, began on Monday and will last through the end of January. With overnight cloud cover, the night temperatures rose a little across the Valley but remained below the normal for this time of the year, the weatherman said.

Srinagar, where people endured second coldest night in a decade last weekend, recorded a low of minus 4.0 degrees Celsius, two degrees below the normal for this time of the season, a MeT official said.

The temperature also remained below normal overnight in other parts of the Valley with Gulmarg, the world famous skiing resort, recording a low of minus 6.4 degrees Celsius, one degree below the normal and almost 5 degrees above from the previous few nights.

Pahalgam, the famous tourist destination of the Valley, recorded a low of minus 4.6 degree Celsius against 9.2 on previous night. Qazigund recorded minus 4.6°C, Kupwara minus 2.5°C and Kokernag minus 3.9°C.

Chillai-Kalan, which begins with winter solstice (21 December) and ends on 31 January. The period is considered the harshest of the winter when the chances of snowfall are most frequent and maximum.

The cold wave, however, continues even after that in Kashmir with a 20-day-long ‘Chillai-Khurd’ (small cold) and a 10-day-long ‘Chillai-Bachha’ (baby cold). The weatherman has forecast mainly dry weather over Jammu and Kashmir and Ladakh for next few days till 27 December.

Due to the harsh weather conditions, people are facing a lot of problems. The water from taps has frozen in many places, causing a lot of inconvenience to the people who mostly start their activity late in the morning. Some portions of the Dal Lake were also frozen due to the cold wave. (GNS)