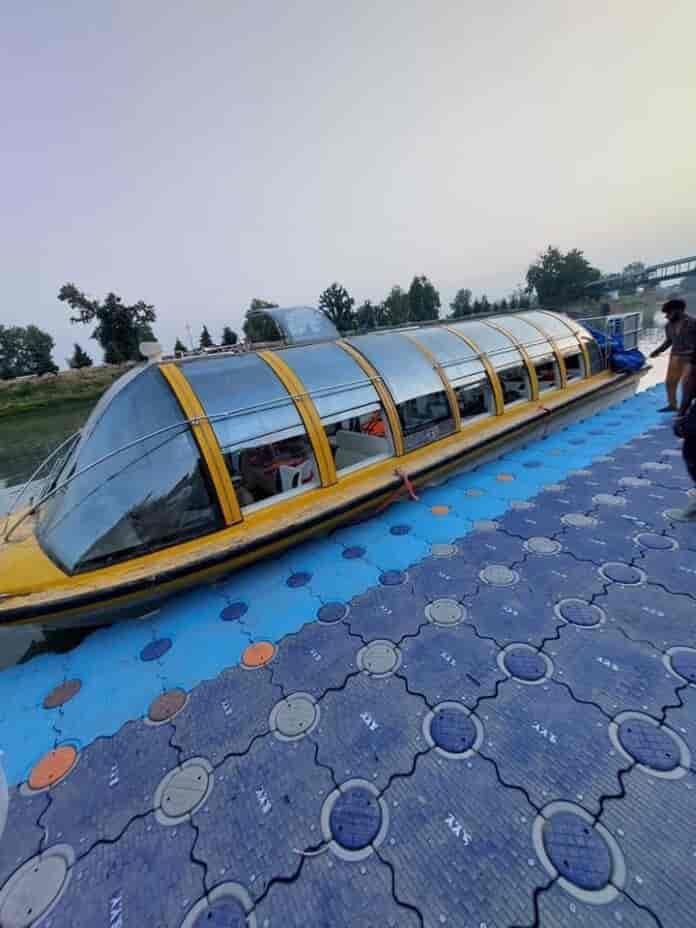 In a bid to revive water transport in the Kashmir Valley, a private company on Thursday launched a bus boat on trial basis in the river Jhelum.

Director of the company, Sukhnag Enterprises, Imran Malik while talking with a local news agency–Kashmir News Observer (KNO) said that the bus boat procured from outside the country was launched today in river Jhelum.

“We are aiming to revive water transport. On trial basis, the bus boat will ply from Lasjan to Veer Chattabal,” he said.

Malik further added that they are hopeful that more such boats will be procured soon.

He appreciated the Lieutenant Governor Manoj Sinha led administration and Tourism department for taking such initiatives, which would help in reviving the water transport.

Malik also appealed the common masses to use water transport like road transport.

Accounts Manager of the company, Abdul Hanan said that this is the first such initiative, adding that they have procured this boat from outside the country as per the instructions of Government of India.

“JKTDC had issued tenders in this regard and we have procured it. We have imported this boat, which has the capacity of 35 passengers, drivers and four rescue operators. We have done the trial run from Lasjan to Lal Chowk,” Hanan said.

“As the roads are already congested, the water transport will help in easing the hardships of people,” he added—(KNO)