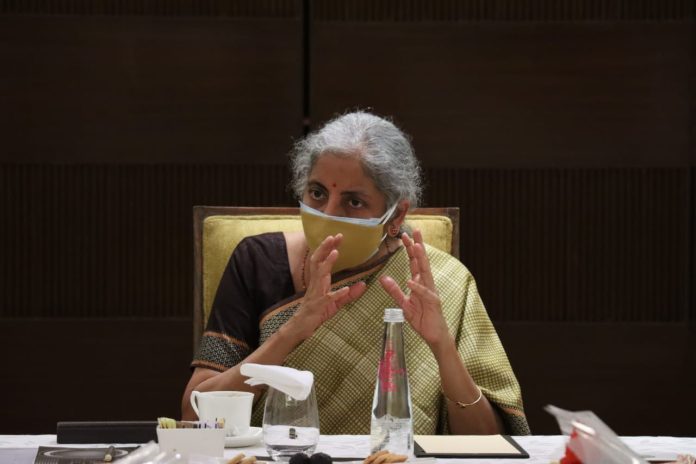 New Delhi: Union Finance Minister Nirmala Sitharaman on Friday said that the government went for a Budget that would stand for continuity, which will bring stability to the economy and predictability in taxation and also a vision for India at 100, reported news agency ANI.

Sitharaman, while replying to the general discussion on Union Budget 2022-23 in Rajya Sabha said, “We went in for a Budget which would stand for continuity, which will bring stability to the economy and predictability in taxation and also a vision for India at 100.”

The Finance Minister further said that if India doesn’t have a vision for 100 years then will suffer similarly to the first 70 years.
“Coming 25 years are going to be important for India. No wonder we’re calling it Amrit Kaal. If we don’t have a vision for India at 100, we will suffer similarly as the first 70 years, when 65 years were with Congress that had no vision except supporting, building and benefitting one family,” she added.

Sitharaman said that PM GatiShakti acted as the guiding principle to bring in greater synergy, greater complementarity between various infrastructure spendings that we are undertaking.

“It’s not to say that infrastructure development has not happened in this country, but what we find over the decades is that each project stands alone in its nature, and hadn’t given the benefit which such an investment should have given us. Therefore, the ‘Gati Shakti’, guiding us for building infrastructure all across the country is the focus and stimulus to the economy,” she said.

She further said that drone has been bought as an instrument or as a very effective tool for improving and modernising India’s agriculture, adding., “When you bring in a drone, it has got several adaptations.”

“By bringing in drones, we are able to bring efficiencies in the use of fertilisers, pesticides and also make a good technology-driven assessment of the crop density and also possibly predicting the size of the output,” added Sitharaman.