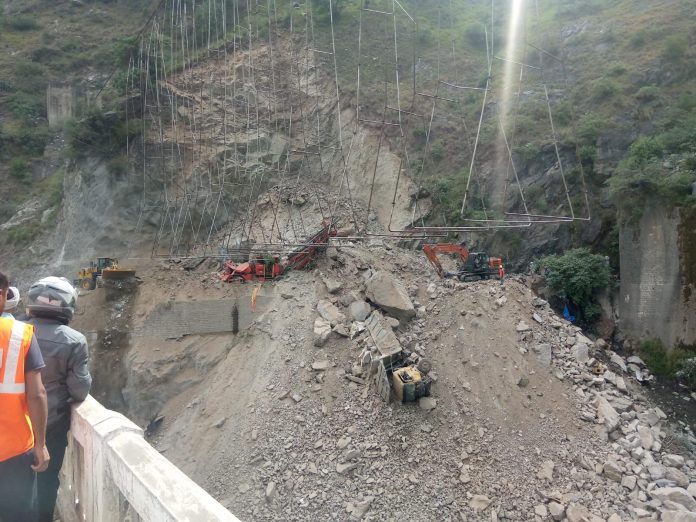 The rescue team recovered body of a man from tunnel at Khoni Nallah in Ramban district which collapsed on Thursday night, while search for other missing persons continues.

At least ten persons got buried in the debris while three were rescued after an under-construction tunnel at Khoni Nallah on the Jammu-Srinagar national highway in Ramban district collapsed on Thursday night during an audit.

“One body was recovered today by the rescue team from debris after an hours—long joint rescue operation launched immediately by police and the Army”, official said.

“Several machines and vehicles parked on the front side of the tunnel suffered damage”, another official said.