BJP and RSS do not want a Muslim majority state in India: NC MPs on new land laws 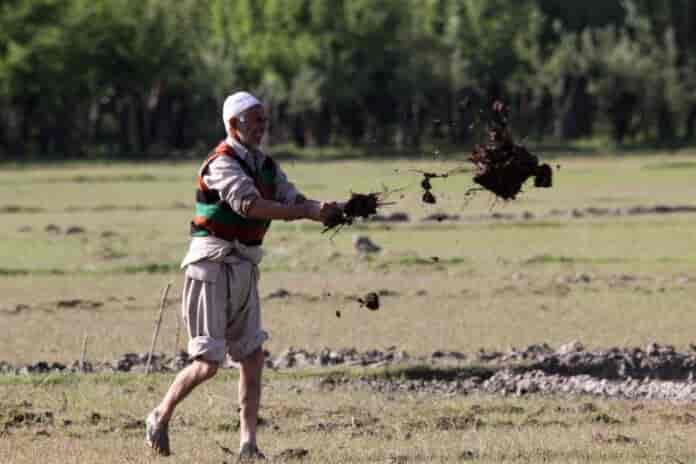 Srinagar :The Jammu and Kashmir National Conference on Wednesday said the New MHA notification of Jammu and Kashmir (Adaptation of central Laws), Third Order, 2020 is a step further to alienate people and curb their constitutional rights.

The Party’s Members of Parliament Muhammad Akbar Lone and Hasnain Masoodi said the incumbent ruling dispensation has defaulted on the assurances of ‘kashmiriyat, Jamhooriyat, and Insaniyat’ and the new notification is a case in point. The Members of Parliament said that people of Jammu and Kashmir are feeling alienated from rest of the country and harboring the notion that nobody understands their sentiments saying the new land notification will only lead to total bewilderment of a whole set of populace which is not good for the greater interests of the country in general and Jammu and Kashmir in particular.

They said that the new notification abates the rights of the people of J-K and places them at a lower pedestal than other country men. “A mere written request of an Army officer not below the rank of Corp Commander is required to declare an area “strategic” within a local area. Can we have such a measure in place for other civilian areas in the country or for that matter in states situated alongside the international border? Why the people of J-K are only being singled out and treated as dump-driven cattle. Are the people of J-K any less Human? On one hand it is being said that the measures taken on 5th of august last year by the GOI were to bring J-k at par with other constituent units of the country, but in reality J-K is being converted into a garrison,” he said.

Taking exception to the propaganda of the government on the demerits of the special status of Jammu and Kashmir, they said that it was a boogey to hoodwink people. “Do other states like Himachal Pradesh have no investment? The industrial growth argument is a big bogey. In Jammu, there were big industries before abrogation. The problem for setting up MNCs or other infrastructure is not Article 370 but the situation of the valley. The BJP and the RSS do not want a Muslim majority state in this country. This is their agenda of Akhand Bharat and the new land notification is a measure aimed to meet that end,” they said.

The new land notification they added people fear will bring demographic change and alter the character of Jammu and Kashmir. “Having a Muslim Majority state within the union of India has always been a eyesore to the ruling dispensation and its ilk. New Land Rules have made it clear that they want to wipe out the character of J-K. The order is not inclusive in its discrimination. Voices of concern are being heard in Jammu and Ladakh as well.

The people of Jammu are unhappy with this land ownership system because they know before it affects Kashmir, it will affect them,” they said. (GNS)