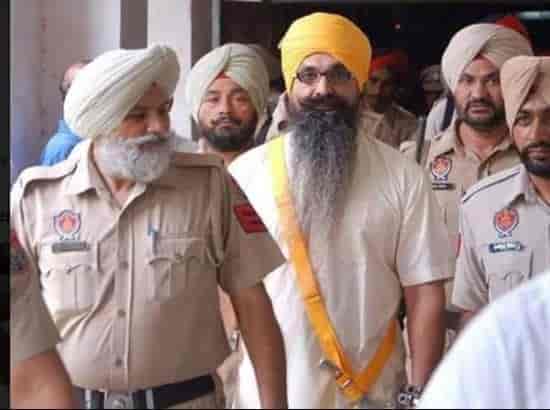 The Supreme Court was informed by the central government that President Ram Nath Kovind is seized of the matter pertaining to a plea of Balwant S Rajoana, “pending for the past nine years”, seeking commutation of the death penalty awarded to him.

Rajoana was convicted in former Punjab chief minister Beant Singh’s assassination case, and a decision would be taken on it. A bench headed by Chief Justice SA Bobde was told by Solicitor General Tushar Mehta that Rajoana had assassinated a former chief minister on the issue of ‘Khalistan’.

He said that in the present circumstances, six weeks be granted to the Centre in the matter. The Bench allowed Mehta’s request and adjourned the matter by six weeks.

“The process has started and the President will take a decision. This is a case where the convict is accused of assassinating a former CM on the issue of ‘Khalistan’,” Mehta told the bench, also comprising Justices AS Bopanna and V Ramasubramanian.

The apex court had on 25 January granted the “last chance” to the Centre to decide within two weeks on Rajoana’s plea seeking commutation of death penalty in the case.

Senior advocate Mukul Rohatgi, appearing for Rajoana, had told the apex court that “this man is in jail for over 25 years and his mercy plea has been pending for the past nine years”.

Rajoana, a former Punjab Police constable, was convicted of his involvement in an explosion outside the Punjab civil secretariat that killed Beant Singh and 16 others in 1995. (Inputs from PTI)