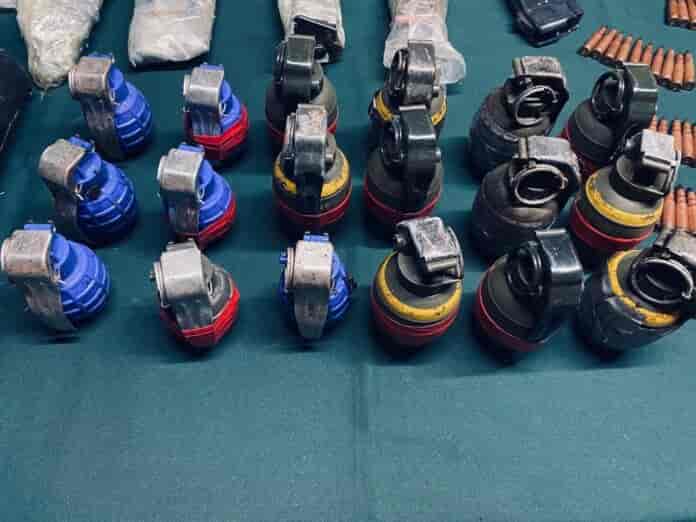 Srinagar: The army has recovered a cache of arms and ammunition during a search operation near Line of Control in Hathlanga, Rampur Sector of Baramulla district, officials said on Thursday.
They said an AK-47 with magazines, five pistols with magazines and 24 grenades were recovered.

The operation was launched on Wednesday late evening after an input was received regarding a “weapon drop” along the Line of Control, they said.

Meanwhile, a police officer told a local news gathering agency Global News Service (GNS) that while the army informed about the recovered arms and ammunition the same have not been handover to so far. (GNS)

Previous article“Together we can fight and defeat coronavirus”: Director SKIMS urges recovered patients to donate plasma
Next article“They will do everything to make our lives as hard as possible”: Israel demolishes Palestinian coronavirus testing centre