Are 50 ventilators still to be unpacked at SMHS? 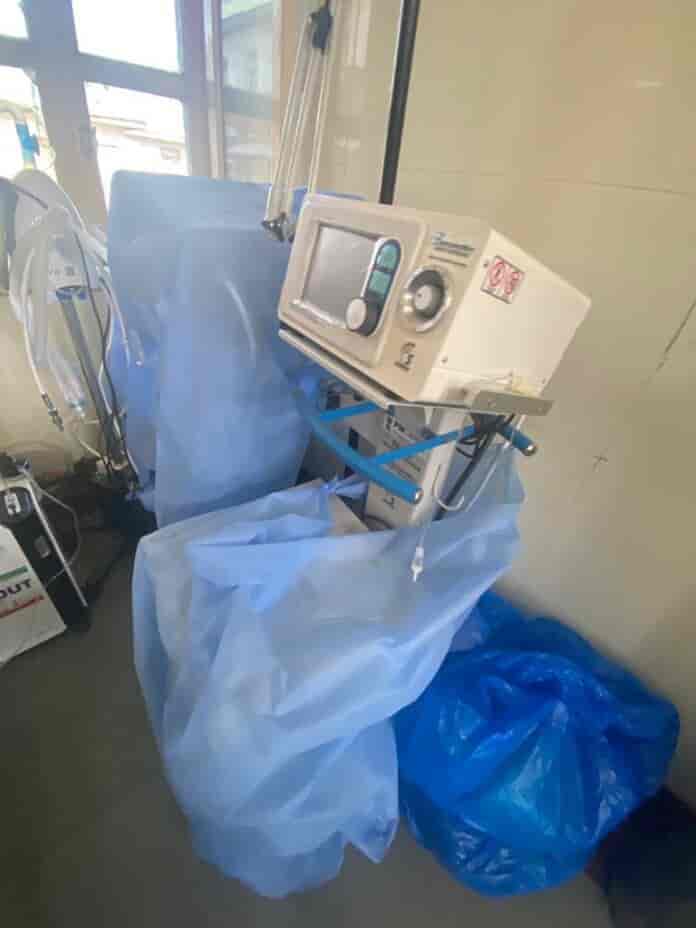 Even as Kashmir faces a second wave of COVID19 infections, around fifty ventilators – purchased last year – are yet to be unpacked at Srinagar’s Shri Maharaja Hari Singh (SMHS) hospital.

The ventilators procured last year through the Prime Minister’s Fund at SMHS hospital have not been utilized so far, a source at the hospital said.

“Around forty to fifty ventilators lie there in the hospital, unused,” said the source, adding that the ventilators have been kept in wards 3, 18 and 19 since last year when the first wave of COVID-19 virus had hit Kashmir.

Nazir Choudhary, Medical Superintendent at SMHS told The Kashmir Walla that a “call is being taken in this regard”.

Saima Rashid, Principal Government Medical College (GMC), denied the claim of unused ventilators and said “it is not true” before hanging up the call.

Kashmir region is facing an unprecedented surge in infections during the past fortnight as the second wave is rapidly spreading in the region.

The administrators of several hospitals, who previously had claimed that the healthcare infrastructure is ready to deal with the infections had to shut down Outpatient Departments and also postponed surgeries.

Previous articleNo decision on lockdown in Srinagar yet, says admin
Next article‘All our beds are almost full’: Kashmir’s top doctor urges people to take all precautions