Amid covid crisis, illegal constructions crop up on agricultural land in Bandipora village 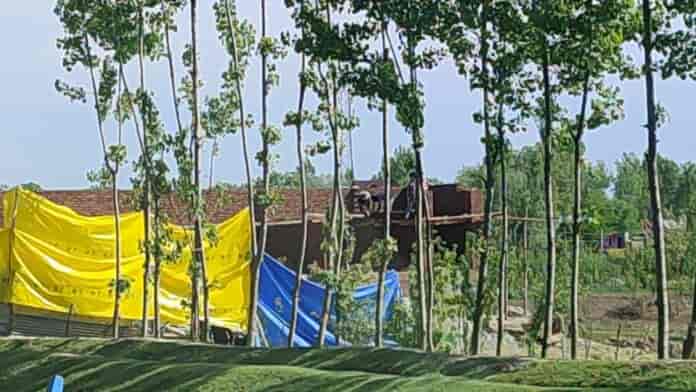 As the government authorities are facing a tough time in enforcement of Lockdown restrictions amid Covid-19 onslaught, unscrupulous elements in the meanwhile have brazenly engaged themselves in construction activities on agricultural land across several areas here in this north-Kashmir district.

Reliable sources told Srinagar-based news agency Global News Service (GNS) that illegal constructions have been taken up by local residents in agricultural land in twin localities of Shalkhud Shilvat and Shahdipora in Guzar Mohalla, falling in Tehsil Sumbal. Ironically both the construction sites, according to them, fall along the strategic Bandipora-Srinagar highway.

The construction work has only gained pace over the past few days they said adding that the authorities are yet to initiate any significant action despite appraised by locals on several occasions.

Meanwhile when contacted Tehsildar Sumbal Firdous Ahmad told Global News Service (GNS) that they have received reports of illegal constructions going on in the areas. “We have deputed respective teams to both the sites who have already demolished part of an illegally raised structure in Shilwat”, the official said adding that other structures will also be demolished soon.

Necessary action will be taken against all those involved in the act, the official added. (GNS)

Previous articleOn Labour Day, do justice with underpaid frontline workers: RTI Movement
Next articleLockdown in Delhi extended by a week as daily Covid cases still above 25,000